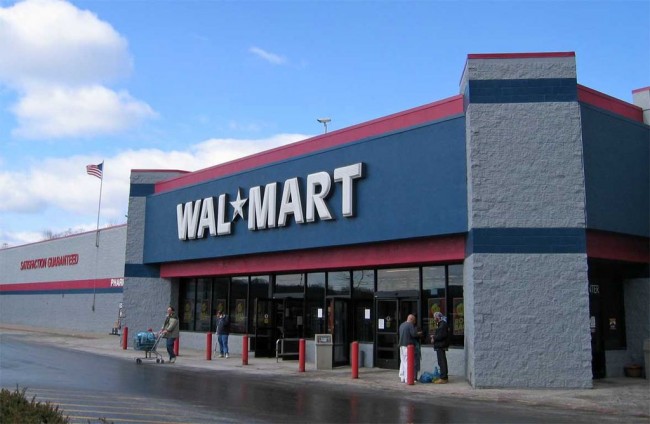 Walmart has been publicly snubbed by citizens and officials of Portland, Oregon. According to Portland Business Journal, city officials announced that they will not be making anymore investments to the largest retailer in the world, and that the first of the city’s holdings on the super-chain “had expired.” Oregon’s KOIN reports that the fundamental motivation for the withdrawal was Portland leaders deeming the retailer as “not a sociably responsible company.” About 2.9 percent of the city’s investment was held in Walmart (approximately $36 million). It was announced Thursday that it would relinquish all holdings by 2016.

The shift came after Portland’s adoption of a “sociably responsible investment protocol” in October 2013. For years, Commissioner Steve Novick has supported ending associations with the mega-retailer predicated on their “controversial labor practices.” The act might make Portland the first municipality in the country to cease investments to the retailer. Novick stated to reporters that, as a city, they “talk a lot about progressive values.” He went on describe that “money talks,” and he no longer wants to contradict what he and his peers advocate with how they spend the city’s money. The city is now evaluating other companies in its investment portfolio. Novick stated that he and his colleagues found it simple to deem Walmart as unsuitable for further investments, considering the information that is “widely, publicly available.” Novick stated that the principle concerns were the company’s wage, union practices, labor, and a bribery scandal popularized in 2012.

According to economic analysts, Portland’s snubbing of Walmart is unusual in regard to municipalities organizing their investment portfolios. Some cities have policies restricting investments in certain industries. For example, Amherst, Massachusetts has a code against investing in fossil fuels. However, analyst cited that the singling out of one particular company is not so common.

Walmart has not responded directly to being snubbed by Portland, nor the comments made by Novick, but they have released their plans for their establishments in Portland. A spokesman for the company, Randy Hargrove, stated that they will not contribute any remarks on the investment decisions made by others. Hargrove declared that Walmart is planning to employ 600 more people in the Portland area to its super-centers, in addition to the already employed 550. He also revealed that the average wage for full-time hourly employees in the state is $13.20 an hour, and cited a report the company issued recently stipulating changes made to its “global compliance program.” Hargrove stated that they still intend on being a successful and profitable company in the coming years.

The strife between Portland and Walmart is another publicized blow to the company following the protests against the company on Black Friday, where hundreds of employees of the corporation, in 46 states, walked off the job. The workers protested against the lack of pay they receive despite the profits made by the company. The enterprise was also reported to have disclosed possible violations to U.S. and Mexico laws by paying an alleged $24 million in bribes in Mexico. The bribes were reported to be utilized for store expansions in the region.

One Response to "Walmart Snubbed in Portland"