50 Percent of the Energy Produced in Germany Is Solar: New Record 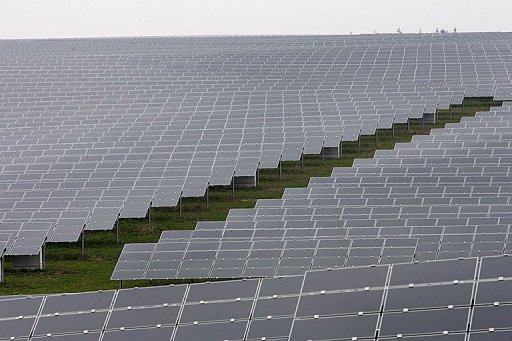 At the start of June, Germany produced 50 percent of its electricity needs from solar power: a new world record. Tobias Rothacher, expert of renewable energies at Germany’s Trade and Invest, stated that what his country has done with solar power is a testament to what the renewable resource can accomplish in modern societies.

Fraunhofer ISE research institute revealed that solar panels in the eastern European country generated a record breaking 23.1 GW of electricity in one hour on June 6th. On June 9th, a national holiday, solar energy production peaked at 24.24 GW, which equalled approximately 50.6 percent of the electricity demand.

That week was unusually hot with highs of 37 C, Rothacher attributed the warm weather and the holiday as major contributors to reaching the new record. He did state that he is confident that they will be able to break a new record every few months now: saying that his company is installing more and more photovoltaic solar panels.

According to Rothacher, the critical component for the high solar energy production is the encouragement to the public of Germany to install solar panels on their homes as opposed to the construction of giant solar farms. Rothacher said 90 percent of the solar panels in the country are on individual’s rooftops. He said that solar power production increased by 34 percent in the first five months of the year and he believes that the warm weather is responsible for this.

The new record of the large amounts of solar energy being produced in Germany, 50 percent of the demand, demonstrates that the energy companies will need to develop improved storage capacity. Rothacher said that 1.4 million photovoltaic systems are generating a surplus of energy, especially on sunny days around midday. He describes that with every new solar system that is installed, the need for electricity storage solutions increases.

The new record of 50 percent of Germany’s energy demand being produced by solar means that 74 percent of all the energy produced in the country comes from renewable resources; wind power being a close second. During the record breaking afternoon, energy prices dipped into the negative for a period of time.

Observers say that the renewable energy utilization will only increase as Germany continues its “Energiewende”, or energy transformation, which aims to power the entire country by renewable resources by 2050. Bernard Chabot, a renewable energy consultant based in France, said that Germany has proven that there are no “excuses” for any country to not, at the very least, achieve 20 percent energy production on renewable resources.

A recent analysis by the consulting firm Eclareon discovered that solar power in Germany has achieved grid parity. Which means that once all the costs are accounted for, the price of commercial solar is equal to retail electricity rates. Wind power also reached record breaking output levels last year, producing 25.2 GW and accounting for 39 percent of the electricity demand in a single day in December.

The record breaking solar energy production is also fueled by policies that incentivizing clean energy. The German government pays renewable energy producers a predetermined amount for the electricity they generate under long-term contracts.

3 Responses to "50 Percent of the Energy Produced in Germany Is Solar: New Record"