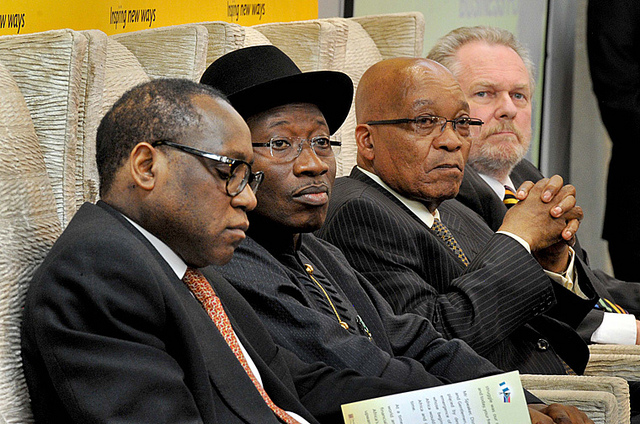 Nigeria’s Minister of State for Defence Senator Musiliu Obanikoro is blaming illiteracy as the cause of the country’s insurgent group, Boko Haram. On Saturday, Obanikoro said to eradicate insurgency in the North education reform must be implemented to fill the “educational vacuum,” which “Boko Haram is exploiting to pursue its subversive ideologies.”

Obanikoro gave this speech at a memorial lecture for a late professor and former Vice-Chancellor of the Federal University of Technology. In his speech, Obanikoro blamed the mass illiteracy and the politics of underdevelopment in the North to allow for the rise of the Boko Haram insurgency. He quoted figures that declared the states in northern Nigeria, which have the worst education for young girls and with the highest female illiteracy rate.

In Obanikoro’s speech on Saturday it was fitting that women be a major subject of focus, as it was the abduction of some 200 girl students in April that led Boko Haram to become an international topic of discussion. After the abduction of the girls, a video of Abubakar Shekau surfaced in which the Boko Haram leader stated his intention of abducting girls from schools. Last month, another video surfaced in which the leader was grinning and holding weapons, claiming he would sell the 200 kidnapped girls into his “market of selling human beings.”

The name Boko Haram translates into “western education is sin,” but it is the illiteracy that has caused this insurgency according to activists like Obanikoro. In Shekau’s video, he was posing with various expensive pieces of military equipment. The odd juxtaposition of the costly vehicles and weapons against the backdrop of the impoverished northern area of Nigeria can be partially explained by the group’s connections with various well-funded terrorist organizations including al-Qa’ida.

Not long after the attacks on the World Trade Center towers and the Pentagon, an aide of Osama bin Laden visited Boko Haram and dispensed to them local currency. Boko Haram was not the only beneficiary of this money, which was disseminated in an effort to galvanize Islamic fanatical groups to impose their rule. “We enjoy financial and technical support from them,” a Boko Haram spokesman said of al-Qa’ida.

Kidnapping and selling the abducted into a slave market is also an economic factor in Boko Haram’s motives. This industry of abducting and stealing children is worth “millions of dollars” according to some experts’ estimates.

The abduction of the girl students in northern Nigeria remains a crisis in the country. Last month, Nigerian president Goodluck Jonathon declared a state of emergency in three northeastern states. He spoke of a rise of violent insurgency in eight other states last month as well. “It would appear that there is a systematic effort by terrorists to destabilize the Nigerian state,” said Jonathon. “We have taken robust steps to unravel the root causes of these crises.”

Jonathon’s robust steps include sending more troops to the three states in which emergency is declared, as Boko Haram’s “actions amount to a declaration of war,” Jonathon said in a televised speech. However, Islamic activists such as Obanikoro insist the real root cause of insurgent groups such as Boko Haram is illiteracy and poverty, the issues that must be focused more closely upon in present discourse. “Those killing innocent souls are misguided people who have never read the Holy Qu’ran,” said Obanikoro on Saturday.