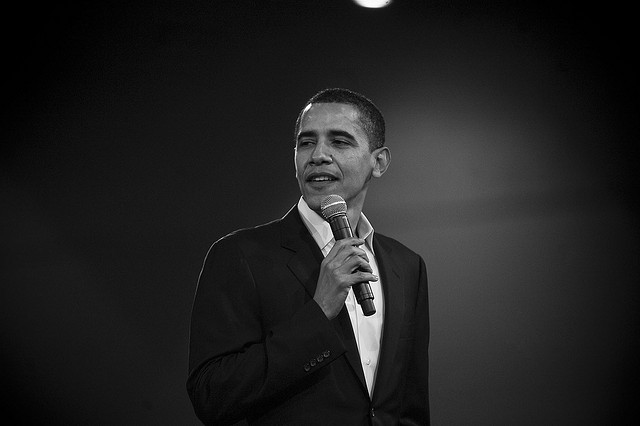 “Look, it’s frustrating when the science is in front of us,” said President Barack Obama in an interview with the New York Times. When asked if he wanted to “just go off” on the climate change deniers that are in Congress, Obama responded “yeah, absolutely.”

On June 2 Obama and his administration took what some consider to be a very promising step in the direction of reducing our carbon emissions as a nation, by mandating new Environmental Protection Agency (EPA) regulations that focus mainly on coal-fired power plants. These coal plants contribute a huge proportion of the annual carbon emissions in the U.S., and are a significant cause of the dangerous climate change trend the globe is facing, according to the White House and corroborated by numerous scientific institutions.

Obama admitted that getting the public at large to focus on climate change during these times of a “tough economic crisis” is difficult. To get people to provide sufficient attention to the dangers promised by climate change is “one of the hardest things in politics,” because to get people to agree on taking decisive action “where the payoff is long term” is not as immediately worrisome as “whether you’ve got a job.”

Despite the frustration Obama shares with many over the inaction or obstructionism of climate change deniers in Congress, there are some compromises that are slowly being accepted or at least settled upon as the most realistic option for now. Natural gas, though similarly toxic to the environment especially when extracted incorrectly, can be “a useful bridge” to transfer our coal habit to a resource that emits about half the carbon dioxide of coal when burned. “You could have a series of states” and hopefully “industry working together” to ensure the safe extraction of natural gas, Obama said. The environmentalists “are right … to be concerned if it’s done badly.”

Climate change is already having some horrifying effects, sometimes in unexpected ways. Recently, a mass grave of 26 World War Two Japanese soldiers washed ashore in the Marshall Islands, an area that is experiencing the quickest rate of sea level rise in the Pacific Ocean. The Island’s foreign minister, Tony De Brum, said “there are… dead people being wash away from graves, it’s that serious.”

One of the platforms that the Obama administration used to justify the executive mandate of the EPA regulations is the negative health impact climate change could have nationally. The White House warned of an increase of climate change-related deaths, saying for instance that the ratio of asthmatic Americans has more than doubled.

Obama’s mandate drew heavy criticism from some members of Congress, including many Republicans and some Democrats from coal-powered states, who wish to introduce legislation to block the regulations. Obama considers the economic concerns valid, as many are worried the regulations could cost jobs. However, the most frustrating part for Obama is the continued denial of climate change. “We can argue about how,” he said. “But let’s not argue about what’s going on.”