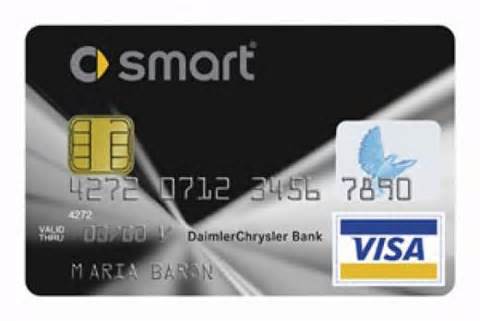 In the wake of yet another data breach, credit card companies are looking forward to the more advanced chip-and-PIN “smart” credit cards coming to the United States. The first major retailer to implement the technology is Sam’s Club. Sam’s, a division of Wal-Mart, will be rolling out their new smart cards in the next few weeks. The new smart cards were named “the 5-3-1 MasterCard” after the card’s perks users get cash back from these smart cards. They will earn five percent on the purchase of gas, three percent on travel and dining purchases – everything else earns one percent of what Sam’s is calling “reward money” with a cutoff at five thousand dollars. There is no annual fee for Sam’s new smart card. The 5-3-1 rewards are paid out yearly in checks, the February following the reward period. The rewards must be redeemed at a Sam’s Club and expire after 180 days.

Mastercard president, Chris McWilton, called Sam’s Club “a trailblazer” for moving forward with the chip credit cards. The chip-enabled card stores information on an embedded microchip that is much more difficult to counterfeit, according to technology experts. Many of those same experts consider the new Sam’s card to be a “half measure” since it is still dependent upon a magnetic strip, as the majority of American credit cards do. Unlike Europe and many other developed countries, America still relies almost entirely on cards with magnetic strips and signatures rather than the newer smart card technology that comes with an embedded chip and the requirement to enter a PIN to verify the purchase, rather than signing a receipt. Instead of an entire card number being transferred at point-of-sale, as is currently the case with the magnetic strips, the smart cards generate a unique code for authorization. A large number of point-of-sale terminals in Europe cannot even read the magnetic strip cards from America.

An article last week in Mother Jones stated that “In 2012 there was $11.3 billion lost to credit card fraud around the world. Half of that total came from America. U.S. payment card fraud is rising and 42 percent of Americans have experienced credit card fraud in the last five years.” After last December’s Target credit card security breach, Wells Fargo announced last December that they will issue chip cards to any customer who requests one. American Express and Citi have issued credit cards using new security as well. The Wells Fargo smart cards are chip-and-signature, rather than chip-and-PIN, although PIN technology is built in for when a purchase is unattended, such as at a kiosk. JP Morgan Chase stated it will be offering chip-and-PIN credit cards later this year.

Companies like Mastercard, Discover, Visa and American Express have been lobbying for the chip-and-PIN technology standards for many years. The hard deadline for implementation of this new fraud policy is October 2015. After that, the legal responsibility for credit card fraud will shift to “whoever has the least advanced technology.” In other words, the liability will shift to the merchant if their point-of-sale card payment terminals do not read smart cards. The new safer chip-and-PIN smart credit card technology will require U.S. merchant terminals to have a chip reader rather than a slot to swipe the cards. The new credit card equipment will cost retailers millions of dollars. The question is whether or not the fraud charges would cost more.