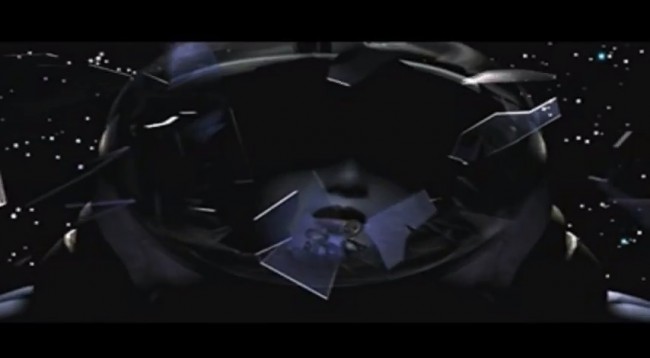 Following the commercial success of Final Fantasy VII, Squaresoft released Final Fantasy VIII in 1999. The game sported a large number of differences from it’s predecessor and was not a direct sequel. The protagonist of this game is Squall, an angsty individual preferring to spend his time alone rather than with others. This game has a number of fan theories behind it, one of the biggest fan theories is that part way through the game Squall is killed and the rest of the game is a vision he sees as he fades to black. Is there enough evidence to prove this theory or is it too far-fetched? In order to find out, we will be discussing spoilers.

Final Fantasy VIII is four discs long, but at the end of disc one Squall takes a brutal icicle to the chest while battling Sorceress Edea. As Squall falls off of the parade float he was atop, Rinoa reaches out to him to no avail. Then the player is promted to change over to disc two. The core behind this fan theory is that Squall actually died from this attack and that the entire remainder of the game is all in his head. One of the biggest points supporting this fan theory is the unlikeliness of the story and how drastically it changes after this point, being ultimately more realistic if it was in fact fanatical.

Addressing each point it order, we begin with the lack of damage Squall finds when he wakes up. After the float fight with Sorceress Edea, Squall finds himself in a prison with no trace of a wound whatsoever. The rest of the party was also imprisoned without seeing Squall, at which point Ultimecia had Squall healed for questioning. While behind bars, Seifer questions Squall about SeeD, which may seem odd because Seifer is from Garden and has even participated on missions before. This is due to Sorceress Ultimecia spell, she has Edea and Seifer under her control and she is searching for Ellone. She doesn’t want Squall dead (she doesn’t know that he will lead SeeD to destroy her) because she wants him to lead her to desires.

The next heavy point is that the content of the story becomes outlandish due to the dream-like influence of Squall dying. However, the world of Final Fantasy VIII is not led to be reality as we know it, many examples can be found within the first disc of the game. In addition, disc one sets up the foundation for the rest of the story, it needs time to set up before unveiling the more explosive twists. This includes characters learning about each other and developing together due to their friendships because at first Rinoa is not crazy fond of Squall. Cut scenes in the game that get rather trippy and dreamy toward the end of the game are connected to time compression and the prospect of becoming lost outside of an identifiable time.

Squall and his party grew up in Edea’s orphanage but don’t remember this for most of the game and end up together in Balamb Garden. This is more coordinated than most realize. After the Adel Sorceress War children were brought to Edea’s orphanage for housing. Edea married Cid a long time ago, with him knowing that she had sorceress powers. While at the orphanage, Edea is visited by Ultimecia and Squall (will return to later) where Squall tells Edea about SeeD. Edea creates the White SeeD group with the older orphans while the younger ones move to Balamb Garden with Cid when they get a little older. Nobody remembers this because the connection between a host and a Guardian Force (GF) causes the wielder to experience temporary memory loss.

Moombas are little creatures that Squall first encounters within the desert prison he wakes up in. Those believing the dream-like qualities of Squall’s death point to this as one of this first disconnects from reality, however, Moombas are shown to exist is a flashback of Laguna, proving they aren’t manifested from Squall.

Fan theories really only need one big point to become worth exploring, the biggest most confusing part of this game (the ending) has become fuel for Squall being dead.  When you analyze the words spoken from Ultimecia after the final battle out of context it does seem very odd. One might think Ultimecia is trying to influence Squall to give into death and accept mortality. Actually, she is trying to get Squall to think of his childhood because they are all in the center of time compression and their consciousness will take them to where ever they can mentally picture. After hearing such words Squall thinks of Edea’s orphanage where he grew up. The two of them travel there (back in time) and Ultimecia passes her powers to Edea while Squall tells Edea about SeeD, he tells her it was her idea and that it has founded to fight the sorceress. After seeing the child version of himself Squall leaves the past and searches for his own time by looking for Rinoa. As he becomes more lost he looses sight of everyone he cares about and even himself. Rinoa is the one that finds him and brings him back. For a short while the player is unsure if Squall finds his way back or not, but sure enough after the credits he embraces Rinoa as the game comes to a close. 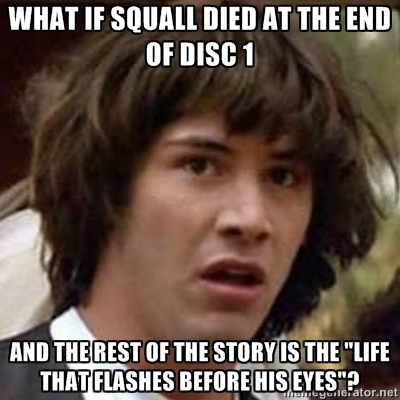 For sure Final Fantasy VIII did not please fans the same way that Final Fantasy VII did, but that doesn’t indicate that the majority of the game deserves to be deemed a dying dream. Square Enix has not commented on the topic, but then again addressing fan theories brought about in the series is not something they would consider important to running their business. Tell us what you think, was this debunking successful or do you still wager Squall died long before disc four? Suggestions and ideas for similar articles are also very appreciated.