Doctor Strange Movie Gets a Screenwriter 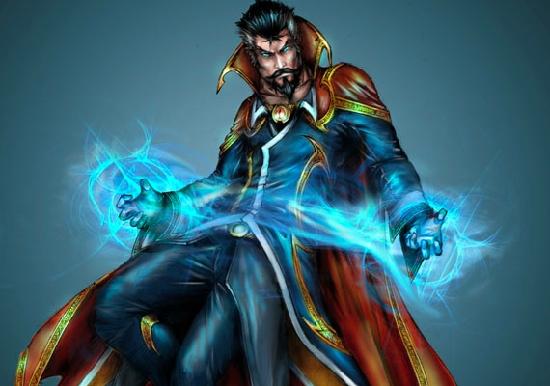 The speculation and the anticipation further builds for Marvel’s latest “Phase Three” project: Doctor Strange. Following news broke that the project was in full production with Scott Derrickson (Sinister and Deliver Us From Evil) taking the director’s chair, fan boys can rejoice in learning that Jon Spaihts has joined on as the Doctor Strange movie’s screenwriter. Staihts’ is most known for his recent works on Prometheus and The Darkest Hour, as well as,  his interesting and fresh point of view in writing. Spaihts will finish off the original Doctor Strange script drafted by Thomas Dean Donnelly and Joshua Oppenheimer.

Although not very well-known to the general public, Doctor Strange is one of Marvel’s oldest and most iconic characters. Created by Stan Lee and Steve Ditko in the 1960’s, Strange continues to appear in many of Marvel’s top-selling series. The character is not as mysterious as some people may think. Strange was introduced as a distinguished neurosurgeon, hence the Doctor prefix, who later became schooled in the mystical arts and magic. Strange would eventually take on the mantle of Sorcerer Supreme, a magical figure tasked with protecting Earth against supernatural threats. To this day, Strange still remains a prominent character in the Marvel universe and an ongoing member in the Avengers roster.

With Disney and Marvel’s venture into the action-hero feature film genre, it was only a matter of time before they decided to get a little dark with the mystical Doctor Strange. Previously rumored back in 2007 to be apart of Marvel’s Cinematic Universe, the rumors turned out to be semi-true. The Doctor Strange movie was just an animated filmed, starring Bryce Johnson and directed by Patrick Archibald, Jay Olivia, Dick Sebast, and Frank Paur, made it straight to video with no box office presence or critical acclaim and no high-profiled screenwriter.

Following the recent blockbuster success of Captain America, Thor, Iron-Man, The Hulk, The Avengers and many more films, Marvel finally decided to give the mystical story of Doctor Strange a chance at the big screen as part of the “Phase Three” project of Marvel’s Cinematic Universe. The phase follows the release of 2015’s upcoming Avengers: The Age of Ultron and includes the Ant-Man flick. With the addition of Scott Derrickson as director and screenwriter Jason Spaihts, also set to pen The Mummy re-boot, this latest flick is sure to capture the occult genre that Marvel has yet to bring to the big screen.

Much still remains unknown about the upcoming flick, especially the full list of characters and actors set to portray them. Although a director and screenwriter on-board for the Doctor Strange movie, one of the most important roles is yet to be determined- the leading character. The actor set to portray the lead role of Doctor Strange still remains much of a mystery to those not involved. Rumored to be in the running for the coveted role of Sorcerer Supreme are Tom Hardy (The Dark Knight Rises and Inception), Keanu Reeves (The Matrix), Benedict Cumberbatch (Sherlock Holmes and Star Trek Into Darkness), and Oscar-winning actor Jared Leto (Dallas Buyer’s Club and Alexander).

One Response to "Doctor Strange Movie Gets a Screenwriter"