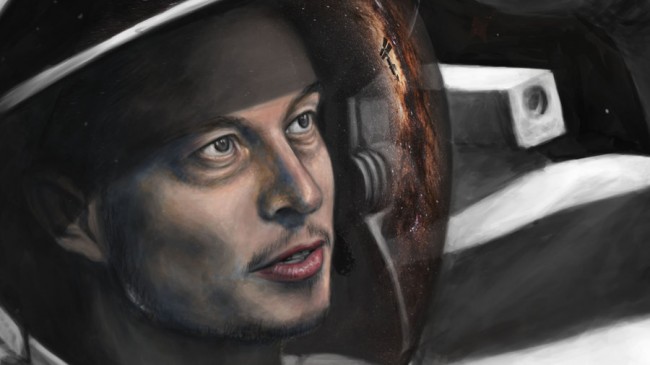 Elon Musk has already secured a spot in the history books, but he will not stop there. With or without more support, he is striving to make the world a better place, cost irrelevant. His first business deal was at 12-years-old when he sold a computer code he wrote to Balstar for $500. Since then he has sold two internet startups for millions, and is now the CEO of three completely separate and unrelated companies all with one universal purpose, to better humanity. Elon Musk’s goal is not to have an honorable mention in the history books, he is planning on having another book made in his honor: The History of Mars.

He and his brother Kimbal founded a company called Zip2, the web software was very similar to Citysearch. So similar in fact, that there was a proposed merger between the two companies that he convinced the board to vote against. This turned out to be a great decision, because in February of 1999, Compaq bought Zip2, earning Musk 7 percent, which translated into cool $22 million for the 27 year old Entrepreneur.

A month later he was already founding a new company called x.com which was a person-to-person payment system online. Paypal had launched around the same time, so they company that owned Paypal, Confinity, decided it would be good idea to merge the two websites. While x.com and Confinity did indeed merge, x.com and paypal never technically did, x.com just rerouted to Paypal until seeing itself out. Musk believed that Paypal was more marketable, so he had no problem decommissioning x.com, buying up shares of Paypal, and starting a viral campaign in support of Paypal. This proved to be another great move on his part, because when eBay bought Paypal for $1.5 billion in 2002 he was the majority shareholder, earning himself $165 million on this deal.

After making a fortune off of eBay, he discovered that the idea of retiring was a nightmare to him, he strives in the high intensity of innovation. So Elon Musk decided that his name was going to be associated with making historic changes to the status Quo. He first started SpaceX in 2002, then he created Tesla Motors in 2004, and lastly he came up with the concept of Solar City, which was then founded by his cousins in 2006. Every business he touches goes big.

Though both Tesla and SpaceX almost went bankrupt simultaneously at the end of 2008, after the financial meltdown. Musk said in an interview that the stress of the situation almost gave him a nervous breakdown, if he went down, so would the hope for electric cars and private space companies not to mention companies he loved like children. However, his decision to not cut his losses in one company to save the other paid off, because in a span of two days both companies saved themselves on their own merit. In Dec. 23, 2008 SpaceX won a $1.5 billion contract and Tesla closed the investment round on the last possible day, Christmas Eve. Needless to say, he had a very merry Christmas that year.

Musk is very aware of the pollution problem that earth faces, and in an effort to do his part, he has a big part in two companies with clear goals for reducing man’s carbon footprint on earth. He has Tesla Motors, that revolutionized the electric car market and SolarCity. The Tesla Model S won World Green Car of the Year 2013, Car of the Year for both Automobile and Motor Trend unanimously, Yahoo! Auto’s car of the year 2013, and autoguide.com reader’s choice Car of the year award 2013. The Model S also has a 5-star plus safety rating, is the highest rated car on Consumer Reports, and was awarded a 99 percent satisfaction rating voted in by owners on Consumer Reports. The car also earned a spot on TIME’s best inventions of 2012, and was the grand winner of Popular Science’s auto grand award winner of the same year.

SolarCity is the largest and fastest-growing solar panel installation companies in the U.S. But that is only the beginning, SolarCity has big plans to provide solar panels with high quality photovoltaics for the price of cheaper less efficient ones. In that vein, they acquired, Silevo a solar panel producing startup. Beyond using Silevo’s panels SolarCity plans to make a gigawatt factory in New York to rival the factories of China currently dominating the market.

Musk decided that he would like to die on Mars, with or without the help of anyone else. His company, SpaceX would be his way of achieving this goal.. His first hurdle was to get a rocket. After deciding that the American rockets were too expensive, he turned to Russia three times before deciding that he would just have to make a rocket of his own. No problem, by 2009 he had already earned a 12 flight contract to deliver Payloads for NASA. That same year, SpaceX became the first commercial company to launch a satellite into orbit, then in 2012 SpaceX became the first commercial company to dock on ISS. And in 2014 Elon Musk is saying history will be made again, when man walks on Mars before the end 2020.