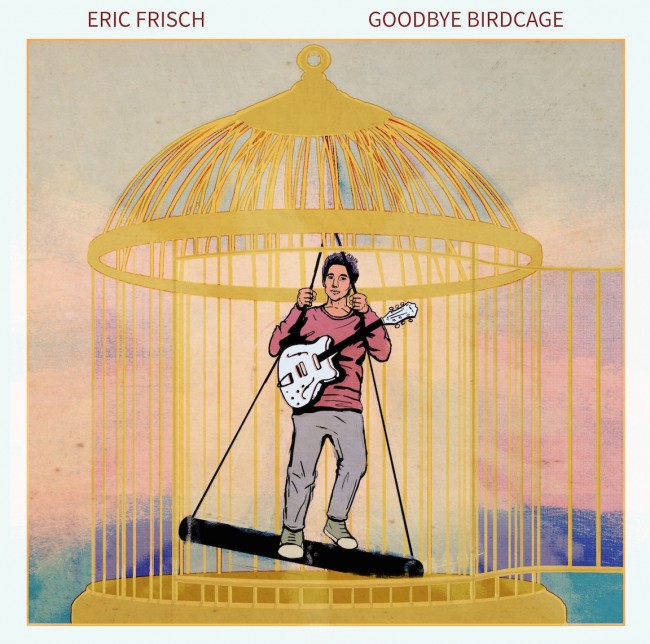 Originally from Toronto, Eric Frisch moved to New York City to pursue a life of music. This element is the guiding light for his April released, self-published, debut album, Goodbye Birdcage. The album focuses around the central theme of leaving home for a new promising horizon. According to Frisch, all of the songs were written in no more than two weeks. Is this bird holding onto the past or flying forward?

Goodbye Birdcage is meant to be a throwback to the older sounds Frisch grew up with, such as The Beach Boys and The Beatles mixed with some classic Motown. Genre-wise the album has pop, (of multiple sorts) some folk, and some indie; all of which carries a singy and dancy vibe within it.

“My heart goes but my feet they won’t follow.”

The album is self-published and tracks like “Heaven Only Knows” are obvious examples due to the production quality. Due to the quality of the album, it is difficult to pick out the finer details of the other instruments. Often times it is possible to hear the drums but difficult to make out anything other than snare and bass hits. However, that doesn’t mean that the quality is poor, in fact  the track “Goodbye Birdcage” makes good use of the music quality to enhance the overall mood aimed for.

“Look on the bright side”

The album has a very sing-a-long feel to it. Most of the lyrics are simple and easy to follow, making it exceptionally easy to join in on the singing even on the first listen in some cases. Most of the messages are also relatable or at lease easy to comprehend. Tracks like “Pretty Girls,” “Telephone,” and “Mary Ann” are about wanting the love of a girl, failing to get the love of a girl, and even obtaining the love of a girl. If you like synchronized stair dancing and visuals that contradict the message being sung about, then you’ll love the video for “Pretty Girls.”

Goodbye Birdcage aims to muster up the feel of 50’s/60 pop into a lighthearted pleasant sound. The highlight of the album, “All Over Town” nails it’s target head on. The backup vocals add a very necessary and soothing backbone to the track that compliment the lead vocals in a melancholy sunshine kind of way. The tracks that focus more on the instruments such as “Stick Around” bring about the lightheartedness of the album almost effortlessly, more similar songs would certainly benefit the album.

“I don’t even know her name”

Diversity is one of the biggest weak points presented here. An artist with a debut album has an opportunity to bring forward a message to the world, they have their first real opportunity to say anything and everything they need to. Instead of grasping this opportunity, Eric Frisch feels content singing in a bar about girls. Goodbye Birdcage manages to reminiscent in the songs of the past but does little else to inspire.