God Versus the Multiverse 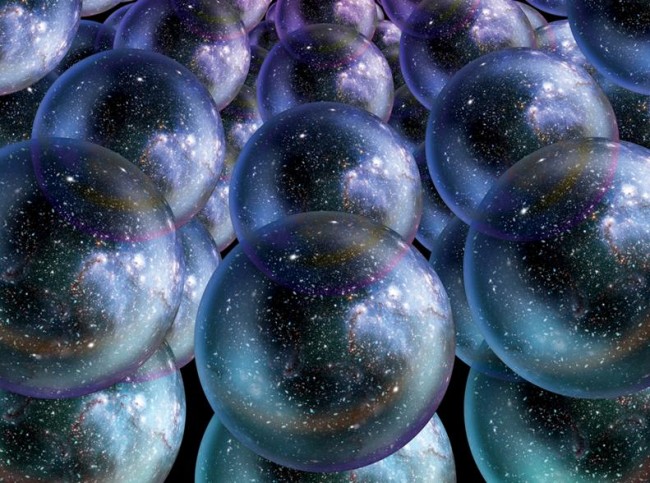 Theoretical physicists in the twenty-first century are romanticists rather than scientists. String theorists have abandoned the principles of observation with aesthetically pleasing ideas of multiple universes and grand theories of everything. One is left with the impression that physicists are trying to substitute God with the multiverse. Since both God and the multiverse stand outside the purview of observation, we must appeal to reason to judge which hypothesis is most likely true.

Before pursuing these endeavors, we must establish the philosophical tools used to judge whether a hypothesis is likely true. A virtue revered in science is simplicity. Simplicity is not synonymous with facility in science. Rather, a scientific theory is simple if it explains a wide range of observations with a basic set of principles. Some principles are esoteric. The standard model of particle physics, for example, is difficult to understand but explains a plethora of data with relatively few assumptions.

Another philosophical tool that tends to be used in science is the principle of sufficient reason, which states everything has a cause or reason for its existence. Some truths exist necessarily, such as mathematical propositions; whereas other truths are contingent, meaning they owe their existence to an external cause. Human beings, for example, are contingent objects, meaning they owe their existence to their parents, grandparents and so on and so forth. What the principle of sufficient reason rejects is that some truths exist without an explanation.

Consisting mostly of stars, planets and sometimes life, the bulk of the universe is seemingly made up of contingent objects. Not only could these objects not have existed; they could have existed differently. If the strength of the carbon nucleus was slightly weaker, for instance, the nuclear reactions that cooked light elements into heavier elements in the furnaces of stars could not have taken place (or so it seems).

There are two competing hypotheses that attempt to explain why the universe exists. The orthodox view is that God intentionally brought the universe into being. The other view is the multiverse, which suggests that there is a mother universe that is continuously burping-off baby universes like bubbles in a kettle of tea. In some models of inflation, the initial big bang creates a snow ball effect where universes endlessly branch into the future. In other models, the process is extrapolated backwards into past eternity, where the multiverse has existed from time without end.

Or so it seems. Probability theorists have long pointed out that postulating more of the same does not necessarily further complicate something. Adding more peanut butter to a peanut butter sandwich does not further complicate the recipe of the sandwich. It is only by adding an alternative ingredient to the sandwich, such as jelly, that the recipe becomes more complicated. Likewise, the multiverse hypothesis is merely adding more of the same thing—namely, more universes. In contrast, the God hypothesis is adding something extra into the mix; something “over and beyond” the physical. In short, God is the jelly to a cosmic peanut butter sandwich. The extra ingredient adds flavor but is not necessary.

Thus far, it appears that the multiverse is simpler and thus more probable than the God hypothesis. Rather than being a conglomeration of many worlds, the multiverse is at bottom a universe generating mechanism. Yet the multiverse hypothesis may bite off more than it can chew. The multiverse is a magnum opus of atoms that are randomly colliding into each other in a pointless vacuum. According to the laws of probability, instances of order are bound to occur throughout the multiverse, such as the universe we observe. Lower levels of order are more likely to occur than higher levels of order. A single brain sporadically popping into existence endowed with a false sense of memories is less complicated than an entire universe that contains sentient creatures. Therefore, the reader is more likely a brain floating in space than a body physically extended in the universe. Rather than explaining the existence of the cosmos, the multiverse explains the cosmos away.

One could pose the same question back to the theist by asking why God exists one way and not some other way. Among all the possible ways that God could have existed, why is he omnipotent, omniscient and omnibenevolent? Could not there just as well have been a God who was 100 percent evil but only 80 percent efficient? In response to this point, theists have noted that there are certain characteristics that are necessarily attached to God’s nature. Removing anyone of these characteristics dilutes the nature of God to a status unworthy of the name, in the same way that removing a sense of self disqualifies an individual from being regarded as a person.

God is not yet out of the woods, however. Apologists do an excellent job of explaining why the constants of physics are improbable on naturalism but fail to explain why these parameters are more probable on theism. Presumably, most theists believe in a soul or something like a soul. The soul exists independently of the body and is not bound by the laws of physics. As a corollary, the soul can exist in possible worlds where the constants of physics are drastically different. In fact, this is what many theists believe in regards to heaven and hell. Therefore, why is this particular universe/multiverse more probable on theism, since souls can exist in any other possible universe/multiverse where the laws of physics either vary or are completely different?

We appear to be in a tennis match between God and the multiverse. Yet there is a third option hinted at earlier: that God and the multiverse co-exist. Some philosophers have suggested that theism actually implies the existence of multiple universes. After all, most theists believe in a heaven and a hell. These domains are alternative world’s independent from our own. In addition, the multiverse addresses the infamous “problem of evil.” Our world seemingly contains instances of gratuitous suffering. Perhaps God created multiple cycles of time. When the multiverse is viewed in its entirety, the overall net good outweighs the overall net evil. The appearance of gratuitous evil is an illusion generated by living in a pocket of the multiverse.

It is easier to conceive of a theory that becomes increasingly complicated than forever simpler. Eventually, the chain of explanation must come to an end. If the God hypothesis is correct, we are left with the gnawing fact that such a being did not have to exist. If the multiverse is correct, we are left wondering why the multiverse exists one way and not some other way. The final philosophical frontier is asking whether the multiverse is contingent upon the existence of God or a brute fact in its own right. In either scenario, we are left staring at a metaphysical barrier that reason cannot bridge. Our ponderings have taken us down an ontological rabbit hole leading from nowhere to nothing.

9 Responses to "God Versus the Multiverse"