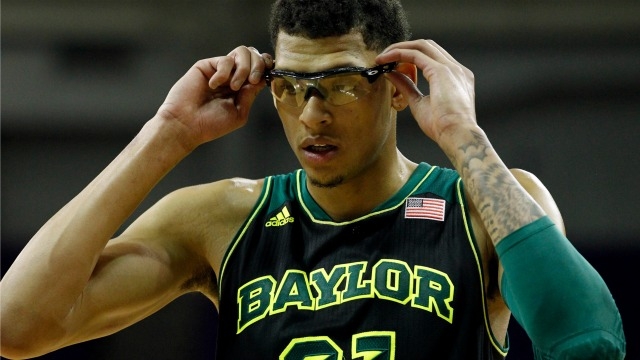 It has not been an uncommon thing for potential professional basketball players to be hit with an injury just prior to being drafted. After all, it was only last week that Joel Embiid had surgery on his foot to fix a stress fracture. However, a more serious case has now entered the foray as Baylor Bears big man Isiah Austin will not be a part of the NBA draft due to a physical that revealed he has Marfan syndrome As such, his career ends just days prior to potentially joining the sport’s professional ranks.

Austin was an intriguing prospect for teams heading into this year’s draft. Unlike the typical American 7-1 big man, he plays a more European style of game. In other words, he has a similar game to that of Dirk Nowitzki. He has remarkable range and has a soft touch with more mobility than most of his size. Additionally though, he proved to be a solid rim defender with 3.1 bpg, thanks to his 7-3 wingspan and his ability to be quick off his feet.

As great as his strengths were though, Austin was not without his weaknesses. Despite his smooth play, he was rather skinny at 220 pounds, thus he would be significantly weaker than most opponents. Because of this, he most likely would have been a project for his prospective NBA squad. However, considering his improvements in his two years, it was very possible that he could have developed over time.

What makes Austin more unique is that he has already overcome the odds by being able to play at a high level in college while being mostly, if not entirely, blind in his right eye. Despite that, the center was rumored to be picked up as a late pick in the first round. Like most players, he was eagerly waiting for Thursday night when his name would be called. However, like all other players who enter the league, he had to undergo an extensive physical, but instead of passing, he was told he has a rare genetic disease known as Marfan syndrome, a disease that would have made it highly dangerous for him to play in the NBA.

Marfan syndrome affects all connective tissues in the human body. These tissues are found throughout the entire body and can cause inefficiencies in terms of body function in the lungs, skin nervous system and most alarmingly, the aortic system including the heart, blood vessels, etc. As such, Austin could eventually develop something that has derailed many NBA players — an enlarged heart. Playing a sport with constant movement, that has the heart pumping constantly, would likely result in worse effects to his body. Moreover, it could be fatal for the former center, which is why Austin will have to decline joining the NBA and will have to end his career.

While this news is devastating, by being able to focus on his health, Austin has a chance to lessen the effects of the disease. What is unfortunate though is the timing of this. To think one has the chance to make it in the NBA and then to not be able to play ball again is a shock. What is confusing even moreso is that this disease is something that people are born with. Austin did not just develop this disease, but he has had it since birth. Furthermore, it has been found to be a difficult disease to diagnose as many people are not found with it until later in their life. Fortunately for Austin, he was found with it sooner than later, as it could have had catastrophic effects on his body.

He could have been the next best diverse big man. He could have been the next Dirk Nowitzki. However, due to unfortunate events days prior to the NBA draft, Isiah Austin ends his career on an abnormality. Fortunately, Austin can now focus on his life now. He can finish up his schooling, and it is still possible for him to be a part of basketball in the future, just not as a player.