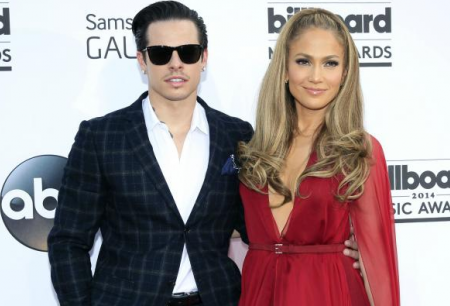 The same week that Melanie Griffith and Antonio Banderas have split after 18 years or so of marriage, it has been reported that Jennifer Lopez has reacted smartly to the Casper rumor of his dallying with a transsexual model. Or is that models? According to the Internet, Casper was conversing with a number of transsexual’s via Instagram.

This was after the previous allegations of the 27 year-old’s texting transsexual model Xristina Marie as well as stepping out with the model. Despite all rumors of infidelity and shopping around, it has been reported that the couple really broke up a couple of months ago.

44 year-old Lopez and her toyboy lover have been odds on favorites to crash and burn relationship wise since their affair began. Not only because of the age gap but also due to the two’s ambitions and career paths. Casper had been a choreographer and background dancer but apparently his interest in transsexual models reared its ugly head before Marie.

According to Joshua Lee Ayers, a professional dancer, Smart had approached Sofia Vissa earlier. Vissa claimed that the two had sex and Ayers reportedly said that he would not be surprised. Allegedly the dancer also said that Casper was an opportunist and that the “truth” of the entire situation would come out into the open.

Regardless of Jennifer Lopez smartly dumping her younger lover, based on their drifting apart and not as her reaction to his philandering ways, the two were finished as an item way back in the beginning of this year. The split, described as “months ago” was allegedly amicable and apparently J-Lo still loves Casper.

The story that Lopez still has feelings for Smart may well be true as Us WEEKLY reported how the singer appeared at digital influencers luncheon for her latest studio album and was showing just how unaffected she was by the split. Her eighth album, titled A.K.A. was supported by Dr. Dre who sponsored the event on Saturday. Pictures of the lunch showed J-Lo looking more delicious than anything that may have been on the menu.

At least one attendee stated that the On the Floor singer looked to be in a great mood and she was pleased that her music was getting such a response from the folks there. Another thing that looked great was Lopez herself as she posed in a striking Emanuel Ungaro number that consisted of a black/gold mini dress.

Casper was caught by the paparazzi leaving his old girlfriend’s address on a motorbike, and this seems to further substantiate the news that they are still dealing with one another on friendly terms. Both performers have definite things that they must do to pursue their continuing careers and it was this, according to insiders, that caused them to break things off.

In essence, Jennifer Lopez was not reacting smartly to the rumor of Casper cheating at all. By the time that the alleged incidents on Instagram, and even the texting “scandal” appeared the two were well into amicable separation. It is to be hoped that the paparazzi will give both former lovers a bit of a break.