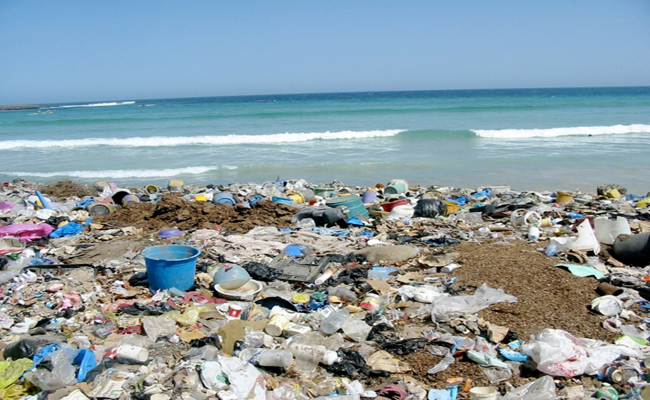 John Kerry, United States Secretary of State, addressed issues of over-fishing, pollution and ocean acidification on Monday during opening remarks that kicked off a two-day summit in Washington,  D.C. on ocean environmental issues. The summit, the first of its kind organized by the Obama administration, brings together environmental scientists and representatives from 80 countries to discuss global environmental strategies for these issues. John Kerry’s remarks came in concert with President Obama’s recent commencement speech at the University of California on issues of climate change.

Worldwide, more attention is turning to the problems of unsustainable fishing practices and pollution in the world’s oceans. International forums organized by the Food and Agricultural Organization of the United Nations (FAO) are gathering more frequently to discuss issues relating to fisheries, ocean habitats and carbon pollution. Fishing is both a political and environmental issue worldwide. The $130 billion dollar fishing industry is a cornerstone of developing economies in coastal Africa and Indonesia. According to the FAO, 158 million tons of fish were harvested worldwide in 2012, 54 percent of which value was accounted for by developing and third world countries. Nearly 17 percent of the world’s consumption of animal protein comes from fish, and 10 to 12 percent of the world’s population depend on fisheries and aquaculture for their living. Kerry called the protection of the world’s oceans “a vital international security issue.”

John Kerry also addressed issues surrounding ocean pollution and the international response. Most often, ocean pollution leads to “dead-zones” along coastal fronts, but large patches of pollutants have been found in the deep ocean such as the infamous great Pacific garbage patch located in the Pacific vortex, and a similar patch in the Atlantic called the North Atlantic garbage patch. Dead-zones along the coast are created by toxic algae blooms caused by overabundant nutrient pollution, called red-tide or cyanobacteria. The U.S. Environmental Protection Agency (EPA) monitors toxicity levels closely in areas where red-tide is known to be an issue in the United States. John Kerry, in his remarks, called on the international community to cooperate more fully regarding ocean pollution.

Over-fishing in the world’s oceans has long been both a political and environmental issue. According to the FAO, nearly 30 percent of the commercially important marine fish stocks they monitored in 2012 were over-fished, which led to a significant depletion of their stocks.  Conservation groups have long sought for ocean fishing practices that can sustain fish stocks in the long-term due to rising concerns of under-nourishment in developing countries because of depleted fish stocks. In his remarks, John Kerry called for improved fishing techniques to reduce the amount of fish caught by accident, an end to fishing subsidies by national governments and stricter laws to combat illegal fishing and trading.

Among John Kerry’s remarks, ocean acidification was also briefly addressed, an issue related directly to man-made Global Warming and climate change.  Rising carbon dioxide levels in the world’s oceans caused by increased absorption of man-made CO2 are leading to a decrease in pH levels, known as acidification. A 2010 study by the University of Bristol published in the journal Nature Geoscience concluded that ocean acidification is occurring at a greater rate than anything seen in the last 65 million years. Ocean acidification threatens deep ocean habitats where organisms have adapted to stable environments. When the ecosystems of those habitats change significantly, mass extinctions are possible.

John Kerry’s remarks at the ocean summit in Washington D.C. underscored the increasing global dependence on fisheries and aquaculture and the increasing focus of world governments on ocean environmental issues caused by carbon pollution. By organizing the summit and addressing these issues, the Obama administration hopes to take the lead on these critical environmental concerns in a global community that, while agreeing on broad goals, disagrees on practical measures.