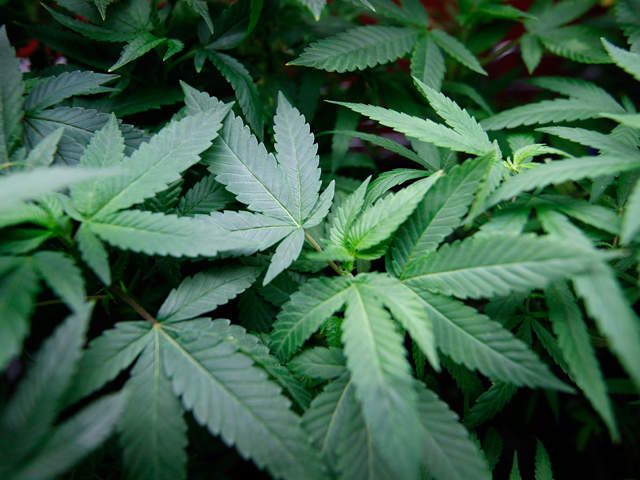 It has been an uphill battle for the supporters of the Oregon Marijuana Initiative, but petitioners say they are now on schedule for the legalization of recreational pot. New Approach Oregon, the group behind the initiative, has supported petitioners in gathering over 83,500 signatures, which were submitted to the Secretary of State’s office on Thursday. In order for the initiative to qualify for the November ballot, it needs 87,213 signatures by July 3. The initiative, IP 53, would legalize the recreational pot for adults, age 21 and over, granting the Oregon Liquor Control Commission the task of overseeing, and regulating marijuana, much the same as it does with alcohol. The legalization would allow for the personal possession of up to eight ounces, and the cultivation of up to four plants. It would then be taxed at $35 an ounce, and $5 per plant. Chief Petitioner, Anthony Johnson, believes that Oregon is well on its way to making sure voters have an opportunity to legalize, regulate, and tax marijuana, just like they do with beer and wine.

The measure is meant to be modeled after the legalization laws that were approved by voters in Colorado and Washington, but with a few differences. The tax Oregonians have purposed is less than Washington’s 25 percent tax, which applies to the whole of its pot production, retail, and procedures. The group says 40 percent of tax revenue, generated by the legalization of marijuana, would go to school funding, an issue that is a major need in the state of Oregon. State and local police would receive 35 percent of the purposed tax, and 25 percent would go to mental health, and drug prevention and treatment, also major issues. In a poll, approximately 51 percent of Oregonians supported the legalization and taxation of recreational marijuana. The majority of those supporters remain younger voters, and are registered Democrats.

So far this year, New Approach has spent more than $620,000 to keep Oregon on schedule for the legalization of recreational marijuana. They have gained the support of financial heavy-hitters. These are the same financial supporters who were behind Colorado and Washington’s successful 2012 legal initiatives. However, the support does not stop there. Many other successful contributors are included in the support of Oregon’s marijuana legalization initiative. The Oregonian reports contributions from New York fragrance company heir, Henry van Ameringen; philanthropist, Phil Harvey; David Bronner, the CEO of a California-based soap company; and even the wife of one of Facebook’s co-founders, Cari Tuna. Liz Kaufman, Manager of the Oregon Initiative, said the group has also received $150,000 from New York based, Drug Policy Action, who had already contributed $200,000, previously.

While, this time around, there is no small show of support for the Oregon Marijuana Initiative, this is not the first time voters have had the opportunity to legalize recreational marijuana. In November of 2012, the initiative failed to gain enough support to pass, leaving Washington to become the first state to legalize the recreation use of pot, and Colorado to follow suit, shortly after. So, why do petitioners and supporters believe in its success this time? Political analyst, Tim Hibbits, stated, of the previous vote, that both Washington and Colorado had “considerably more funding behind them.” However, almost two years later, New Approach Oregon, and marijuana legalization supporters now have everything in place. Marijuana morale is high, financial support and funding is high, and Oregon is on schedule for the legalization of recreational marijuana, making it a possibility that, at some point, in the near future, Oregon will be high, too.

6 Responses to "Oregon on Schedule to Legalize Recreational Marijuana"