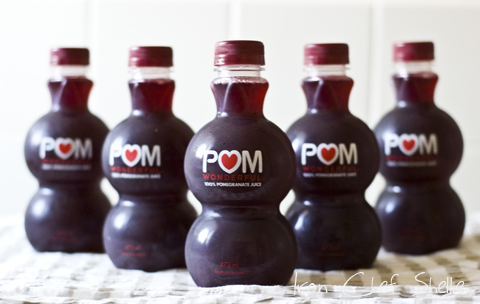 On June 12, 2014, the Supreme Court issued a unanimous decision allowing the company to go ahead with the lawsuit. POM Wonderful stated that under the FDCA’s Lanham Act, Coca-Cola’s Minute Maid competitor brand promotes false advertising. The label on Coca-Cola’s brand says, “100% Fruit Juice Blend: Help Nourish Your Brain.” Some argue that the label is clear enough that it is pomegranate flavored juice, but it could impact consumers’ decisions about what kind of juice they want to drink to stay healthy. Justice Anthony Kennedy commented, “The FDCA and the Lanham Act complement each other in the federal regulation of misleading food and beverage labels. Competitors, in their own interest, may bring the Lanham Act claims like POM’s that challenge food and beverage labels that are regulated by the FDCA.”

Following the popularization of  organic and healthy food movements in the United States, consumers are more interested in buying healthy and natural food and drink products. However, this has led to big companies (such as Coca-Cola) mislabeling their products in order to deliberately confuse customers, for the sake of a “free” competitive marketplace. Unfortunately for many Americans, eating a healthy and balanced diet is difficult, partially because of mislabeled products. Lawsuits such as POM Wonderful vs Coca-Cola have been popping up everywhere. In 2011, there were class action lawsuits against Kashi, Naked Juice, PepsiCo and Kellogg’s for mislabeling their products as “all natural” or “GMO free.”

Naked Juice claimed to be “all natural” and “GMO free,” when in reality their “natural” juices contained a load of synthetic chemicals used in the stead of the vitamins that naturally occur in many fruits and vegetables the juice was said to contain. Similarly, Kashi’s “natural” cereals contained synthetic chemical substitutes as well as ingredients lathered in chemicals used for the refinement of gasoline. There is no indication of these synthetic processes on either of the companies’ labels, which feature pictures of fruits and vegetables, and smiling, healthy individuals.

It is a sad fact that most of the products in the United States are produced for convenience, with a slew of chemicals to preserve a product to appear or taste “fresh.” Additionally, high fructose corn syrup is in a majority of food and beverages, a compound made from genetically engineered corn that is related to obesity and diabetes. The amount of corn in most products is very high. This is likely to be related to the large amount of corn subsidies given to farmers by the government. The unhealthy aspects to many American products seem to be a result of a larger systemic issue of government subsidies to large companies and farms for specific products.

POM Wonderful is a company that is attempting to sell what they actually produce. POM Wonderful is a rarity in this respect. As seen by this recent court case and similar cases in the past, mislabeling of products to sell more is common. This becomes problematic when dealing with what people eat and their subsequent health. The only way to really know what is in the products one consumes is to look carefully at the nutrition label, while disregarding eye-catching packaging. At least in this respect, food and beverage companies must be honest.

One Response to "POM Wonderful vs Coca-Cola: False Advertising?"