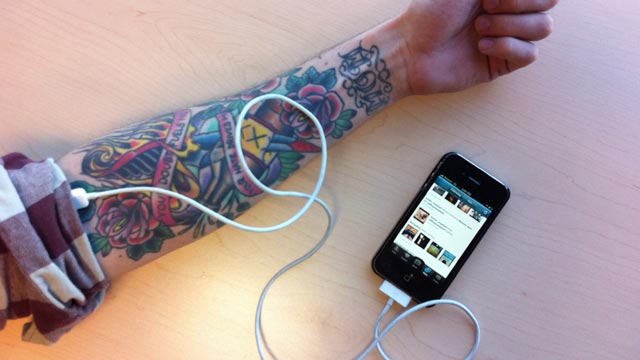 Social media is addictive. So addictive, in fact, that the Diagnostic and Statistical Manual for Mental Disorders considered including “internet addiction disorder” to the list of genuine afflictions in the most recent publication of the handbook for psychologists. While social media obsession did not make the cut for the 2013 release of DSM 5, internet gaming disorder did, however, find a spot. In Section III, internet gaming disorder is listed as a condition that warrants further clinical research in the newest DSM. Studies suggest that when, based on MRI readings, individuals become engrossed in Internet games, pathways to the brain are triggered that mimic those initiated in cases of intense drug addiction.

That is not to say that everyone has an addictive relationship to social networking sites. Many users have normal, healthy relationships with social media online. However, in 2011, 54 percent of social media users were self-described addicts, to some small degree. To offer some perspective, a glance at some of the most updated social media subscriber statistics are listed below:

Harvard University also conducted a study on the addictiveness of social media. This inquiry focused on sharing via sites such as Facebook. Analyzing responses in a series of experiments, researchers concluded that disclosing information about oneself engages the same area of the brain associated with pleasure. These pleasures centers, which are stimulated comparably when engaged in activities such as eating, sexual intercourse or receiving money, were more stimulated when speaking about the details of one’s life, especially if those details being shared with friends. Pleasure decreased notably when participants were told the information would be kept a secret from friends or family.

Why is social media such an addictive part of daily life? Aside from data indicating the response in the brain’s pleasure center to sharing, social media sites can seem attractive to those who are socially introverted in real life. Sites like Facebook allow users to mimic a perceived sense of self-esteem and self-worth based on the relative observable success or failure of his or her peers. For some users,social media sites provide an outlet for creativity or self-expression. Opportunities for validation are another huge draw to social networking sites, experts say.

Part of the world’s love affair with social networking is orchestrated. It is no coincidence that Facebook–a free service–paid $1 billion for Instagram,an app that generated literally no revenue prior to its sale. It could have something to do with statistics such as this one: 74 percent of consumers rely on social media to influence purchasing decisions. Marketing executives recognize the power of subliminal seduction behind Internet sharing. In particular, the magic of getting users to share content to trusted friends and contacts is one major benefit that big businesses see in perpetuating social media.

The reaping, management, and sale of the personal data collected via social networking was recently the subject of a 60 Minutes interview. Data brokerage is made possible by data collection on sites that users elect to trust on a daily basis, and would not be possible without social networking. It stands to reason, then, that businesses and advertising liaisons, such as Facebook, want to keep social media as attractive as possible to users.

Social media, of course, serves a purpose as well, making it difficult to determine how nefarious an individual’s time commitments to the hobby really are. Social networking sites have streamlined connectivity, productivity and interaction in many ways since inception. Networking allows old companions and acquaintances to keep in touch, and, by allowing users to compare one’s accomplishments, interests and milestones in life, social sites like Facebook provide users with a benchmark for what is normal or acceptable. These sites are not without purpose or reward. It’s when using social media occupies so much time that the activity becomes unfruitful. When this happens, users may need to seek help in order to curtail unhealthy investitures of time in social networking.

Individuals should skim the checklist below to learn what constitutes an unhealthy social media habits. Factors which experts use to determine an addictive relationship to social media include:

The statistics prove that social media can be quite addictive. A person must monitor their behavior and usage to avoid the pitfalls of becoming addicted.

3 Responses to "Social Media Is Addictive"