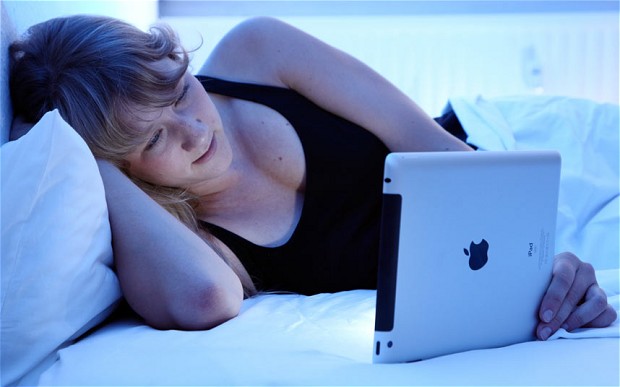 Studies are finding that using electronic devices before going to sleep or keeping a device by the bed can disrupt sleep. In the good old days, many people watched television in bed, listened to the radio or read for a while to relax and wind down. Now, smart phones and tablets are becoming popular as a pre-sleep distraction, but studies are showing they actually disrupt sleep, too.

Television is still the most common device in bedrooms. But, tablets, smart phones are MP3 players are also common bedtime rituals. Many use them as their alarm clocks, too.

The sleep-disruption issues with electronic devices like smart phones and tablets include:

So what is the answer especially when reading in bed has been replaced with reading on an iPad or Kindle? One suggestion is to set an electronic bedtime. At a certain hour, the devices must be turned off and preferably stowed in another room. Some will undoubtedly protest that they need the distraction of television to aid in falling asleep. Those people should set the timer on the television, a feature on most sets and/or cable boxes, to a chosen curfew hour. The key thing is to make sure the television, tablets and smart phones are off during the night and do not disrupt sleep.

One Response to "Tablets and Smart Phones Disrupt Sleep"