The Erythritol Found in Truvia Can Act as an Insecticide 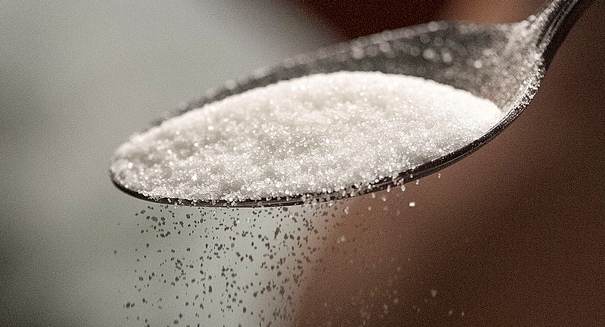 Sugar can be used to catch flies, but one of the ingredients of Truvia, erythritol, will not only catch them (if they’re fruit flies), but will also kill them, according to researchers at Philadelphia’s Drexel University. Though the sugary-tasting substance, erythritol, is apparently safe for human consumption, it is deadly to fruit flies. The results of the Drexel University researchers has been published as a study in the science journal PLOS One.

The sweet-tasting compound naturally occurring sugar alcohol erythritol, which has no calories, is found in various types of fruits. After several studies were done which demonstrated that humans appear to have a high tolerance for the sweetener, the Food and Drug Administration (FDA) approved its use as a food additive in 2001.

When given a choice of foods, fruit flies swarmed to erythritol over other choices, seeking the very substance out that kills them. The researchers ruled out that stevia, another natural sweetener in Truvia, was what killed the flies, and confirmed that erythritol is what shortened their life spans. The fruit flies were, strangely enough, even more attracted to erythritol than they are to sugar. The University of Drexel researchers are considering patenting an insecticide with erythritol as its main active ingredient, and marketing the product as a natural insecticide. 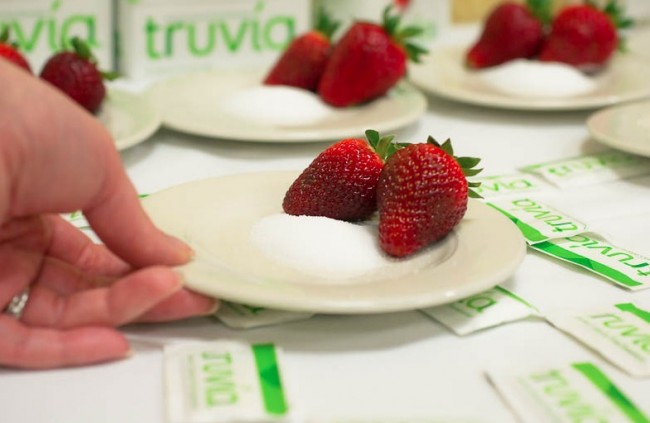 According to Drexel University Biology Professor Sean O’Donnell in an interview with Live Science, erythritol might not be the best insecticide choice “for widespread crop application,” but it could be “huge” if used on a smaller scale as a bait to attract insects who would “consume it and die.”

Some insects naturally produce erythritol in small amounts when the weather gets colder. The substance acts like a type of antifreeze that protects them from freezing to death, though too much of it acts like a poison.

The Drexel University researchers are not sure yet exactly what it is about erythritol that kills fruit flies, but it might be the substance’s antifreeze effect. The poison doesn’t cause the flies to die immediately, but their life spans are reduced from a maximum of around 50 days to an average of just 5.8 days. Also, the fruit flies had signs of noticeable motor impairments before they died.

Next, the researchers plan to test out and conduct further studies about the sugar alcohol compound erythritol on other insects, like ants, cockroaches, bed bugs, and termites, to find out how effective the sweet-tasting compound is at dispatching them. They will also find out if other beneficial insects, like praying mantids, or animals further up the food chain, like birds who eat the fruit flies, will be adversely effected by erythritol. If they are not harmed, the researchers might have hit upon not only an effective insecticide, but also one which is environmentally friendly.

Truvia has its role in healthy diets, and, like other sweeteners, can help dieters lose weight and can be a substitute for sugar for people who are diabetic, though it’s always best to consult with one’s health care provider first. Though erythritol acts as a poison for some insects like fruit flies, the FDA has approved its use as a sweetener for humans to add to food.