The Purpose of Ramadan 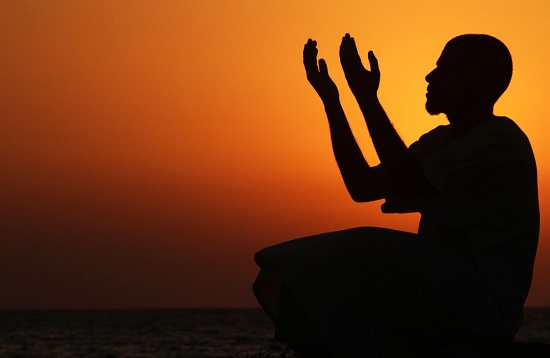 The month of Ramadan has arrived and Muslims all around the world will be observing the fast. For those who are not familiar with Islam and Ramadan, the purpose of this holy month is much more than abstaining from food and drink; it is a source of purification for the soul, heart, mind, and body.

The observance of Ramadan is obligatory for all Muslims as fasting is one of the five pillars of Islam. This excludes children (who have not yet reached puberty); those who are ill, traveling, pregnant, or menstruating are excused. If they are not able to make up their fast, then they are required to give in charity enough to feed one person for each day they have missed of fasting.

The month of Ramadan changes each year as it is based off of the Islamic lunar calendar. The sighting of the new moon marks the first day of Ramadan. From sunrise to sundown, Muslims will abstain from consuming food and drink, as well as sex (with spouses), smoking, and profanity. To validate their fast, each person must make the sincere intention to fast within their heart and mind before dawn. Also, many Muslims will eat a meal known as “suhoor,” before the daybreak then shortly after, will make their first prayer of the day known as Fajr. Sunset marks the break of the day’s fast and is known as “iftar.” At this time Muslims will typically break their fast with water and a date, make the Maghrib prayer, then eat their meal.

This month will be a true trial of one’s character, testing each individual on any bad habits that they may have and allowing them to purify themselves of these behaviors. Ramadan serves as a tool for Muslims to practice on increasing their patience and self-control. It is also a humbling reminder of those who are living in hunger and poverty on a daily basis, and allows for one to truly count their blessings and give thanks from within as well as with their actions.

The month of Ramadan serves a dual purpose that goes hand in hand: it helps Muslims purify themselves and build upon their character, as well as increase in their spirituality. As each individual detaches themselves from worldly desires such as food, drink and sex, they allow themselves to become closer to God. During Ramadan, Muslims are expected to spend their free time in acts of worship such as prayer, Quran recitation, and attendance of the nightly prayers at the mosque during Ramadan known as “Taraweeh.”

Taraweeh comes from the Arabic word “raha,” which means to rest and relax. Due to the lengthiness of these prayers, it became customary to take short breaks in between them which resulted in the name Taraweeh. During the Taraweeh prayers, sections, known as “juz” of the Quran are recited each night of Ramadan, and by the end of the month, all 30 “ajiza” that the Quran is comprised of are completed. Men, women and children are all encouraged to attend these voluntary prayers.

Charity is another one of the five pillars of Islam and is known as “zakat” which means “to purify.” Muslims who have the means are required to give an obligatory charity to the poor during Ramadan, known as “Zakat al-Fitr.” The word “fitr” means to break fast, therefore the purpose of this charity is to provide food for those who are in need and it must be given before the Eid prayer which concludes the month of Ramadan. Furthermore, Zakat al-Fitr is meant to serve as a method of building relationships among the people of society, bringing together the rich and poor by personally delivering the charity to those in need.

During Ramadan, the one night in particular that is most significant is “Laylat al-Qadr,” known as “the night of power.” This night is when the first revelation of the Quran was sent down to Prophet Muhammad. Laylat al-Qadr is believed to have taken place on an odd-numbered night during the last 10 days of Ramadan. During these 10 days, many mosques hold “qiyams,” which translates to “standing,” where Muslims gather and spend the entire night in prayer and worship. The Quran states that Laylat al-Qadr is “better than a thousand months” of worship.

Ramadan is typically 29-30 days long, depending on the sighting of the moon. It ends with “Eid al-Fitr,” meaning “the celebration of breaking fast.” During this holiday Muslims will attend the Eid prayer in the morning then spend the rest of their day with family and friends in celebration, exchanging gifts and enjoying food and drink. With the ending of Ramadan, Muslims will once again begin their regular routine of eating, drinking and intimacy, however, it is upon each individual to remember the purpose of this holy month and carry with them the lessons that they learned.

One Response to "The Purpose of Ramadan"