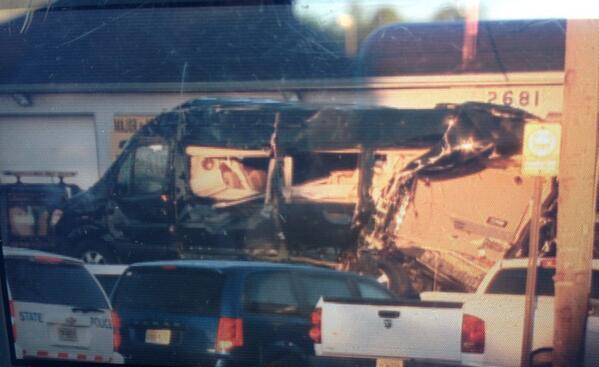 Actor and well-known comedian Tracy Morgan was in a six-car accident early Saturday morning. The former 30 Rock star and Saturday Night Live cast member was traveling in a limo bus when the accident occurred in Mercer County, New Jersey according to  New Jersey State Police officer Sgt. Gregory William. The wreck also involved two tractor trailers and an SUV in addition to the limo bus that Morgan was in.

The cause of the accident has yet to be determined with authorities reluctant to disclose too many specifics on what exactly happened on the road without a full investigation. State police have said though that after an initial investigation they have found that a tractor trailer came upon traffic that had slowed down considerably and therefore caused the fatal crash.

One person was killed in the accident and four others have been hospitalized. Three of the four cases of hospitalization are in critical condition with the other survivor in fair condition. Because of privacy laws the hospital would not confirm that the actor Tracy Morgan was being treated, only that a man named Tracy Morgan was in critical condition at Robert Wood Johnson University Hospital in New Brunswick, New Jersey. However, a New Jersey state police officer has confirmed Morgan’s identity to CNN.

Morgan was performing on Friday night at the Dover Downs Hotel and Casino in Dover, Delaware, a spokesman for the venue said. It appears he was traveling back to his home in Bergen County, New Jersey when the accident occurred at about 1 a.m. Saturday in the northbound lanes of the Jersey Turnpike between exits 7a and 8, which is just north of Trenton. Morgan continues to be in critical condition.