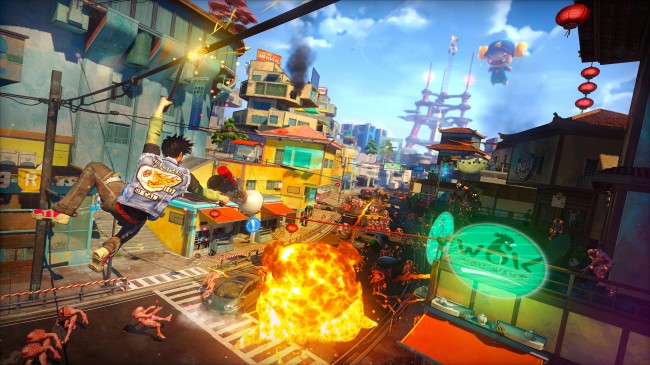 Insomniac Games has announced that the upcoming Xbox One exclusive Sunset Overdrive will allow a player to be a female character if they so choose. Insomniac Games community manager Brandon Winfrey explained that self-expression is very important to the company, so players can be male, female, pick from different skin tones and also pick from various body types. Winfrey also stated that the clothing  would be gender neutral, so if a user feels like he or she wants to be a guy wearing a skirt, then he or she can be exactly that. Users get to be who they want to be.

This announcement was released only about a week after Ubisoft announced, to a bit of controversy, that their game Assassin’s Creed Unity, which is set to come out this October for Xbox One, PlayStation 4 and  PC,  would not have any type of female that would be playable in its co-op mode.

The idea of having female characters in video games has been making the gaming headlines since E3 last week. Game creator Gary Newman believed that Ubisoft was unfairly targeted, while a recent news feature had numerous comments on the subject from several top name publishers such as Activision and Electronic Arts. The French publisher initially stated that adding female characters in Assassin’s Creed Unity would just be too technically demanding. However it was also lately just revealed that Ubisoft Montreal was extremely close to putting female heroes in the game Far Cry 4.

While Insomniac’s remarks are clearly aimed at Ubisoft’s embarrassing absence of self-awareness, the message the company is giving out is very cool. As was stated above, with the game allowing the characters to be gender neutral, race neutral and allowing for all different body sizes and shapes, that is a great communication to send out to players, something that has seldom been seen except for the Saints Row series.

It is a great thing to know that a player can wear whatever he or she desires and it does not matter whatever gender, size or any other choice the user has made beforehand. All RPG stats have been removed from pieces of clothing so a person is free to pick out exactly how he or she wants to look and the player does not have to wear some hat which looks like a boat just because it gives the gamer a +4 in skill.

Each and every one of the decisions made were extremely important to Insomniac Games and caused the developers to have enormously long, hard, intense arguments that took place both internally and externally. However they feel the end product was worth it because now players will be able to let their inner major freaks emerge and rage on as hard as they want.

Insomniac Games refused to let such a golden opportunity pass by, so they made sure to get in the jab aimed directly at Ubisoft. They stated that Sunset Overdrive had officially announced that players could definitely play as a female character in the upcoming exclusive.

Below is a demo clip of Sunset Overdrive and it shows that the game not only looks really fun, it is gorgeous to boot:

Repeating: Insomniac Games recently announced that the upcoming Xbox One exclusive Sunset Overdrive will allow users to play as a female character if they so decide.

Games on the Net