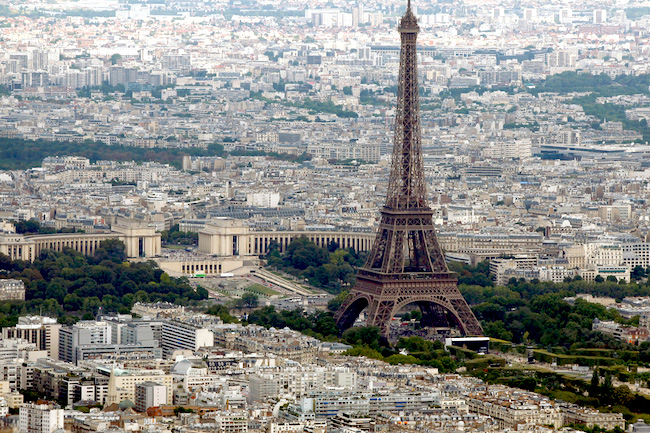 Three Paris synagogues sustained anti-Semitic attacks over the weekend with rioters sending three Jews to the hospital. Two of the attacks occurred after a violent group splintered from a mostly peaceful protest against violence in the Mideast. Up to 200 were trapped inside one of the synagogues that was performing a ceremony in honor of three recently killed Israeli teens. Western Europe’s largest Muslim and Jewish populations reside in France and the ongoing Israel-Palestinan conflicts have exacerbated on and off again tensions there. Watchdog groups report 423 anti-Semitic incidents in France in 2013.

The violent acts were condemned by France’s Prime Minister Manuel Valls, who declared that targeting places of worship is not acceptable and that his government will not hesitate to act strongly against extremists. “France will never tolerate using violent words or acts to import the Israeli-Palestinian conflict on our soil,” he said.

Sunday’s unrest began as an off-shoot of a larger but less violent demonstration in which protestors accused Western leaders of not doing enough to stop Israel’s recent air strikes in the area of the State of Palestine known as the Gaza Strip. About 10,000 people in Paris marched peacefully from the Barbès district to Place de la Bastille. Some carried Palestinian flags and banners with murderous slogans such as “Death to Jews!” as well as “Stop Killing Children.”

A smaller group splintered off and tried to burn its way into a synagogue at the 11th Arrodissement near Gare de Lyon. Using chairs taken from sidewalk cafe’s and bats, the group was met by five police officers guarding the temple. A mob of 100 to 200 individuals then charged at 30 worshippers standing outside the Don Isaac Abravanel synagogue while 150 to 200 congregants were barricaded inside. Ironically those inside were attending a ceremony in honor of three recently killed Israeli teens.

The rioters chanted anti-Semitic slogans, hurled objects at the Paris synagogue and attacked the inadequate number of police on hand. They were kept sufficiently away from the building, however, by members of the Jewish community’s own self-defense force, the SPCJ. Those private security officers were assisted in the street brawl by members of the Jewish Defense League and Betar, a group that promotes young Jewish leadership on university campuses and local communities. At least three Jews were taken to hospitals and all inside had left safely by Sunday evening. There were no reports of injuries from the opposing side. Another synagogue in the northeastern Paris suburb of Aulnay Sous Bois was the target two nights earlier of one or more firebombs.

French President Francois Hollande, who is threading a tenuous diplomatic needle around Middle East violence, urged a cease-fire “as quickly as possible.” In a speech to dignitaries, he said that no effort or trouble will be spared to achieve this. Monday is the French holiday, Bastille Day, intended to celebrate peace.

The World Jewish Daily newspaper characterized the attacks as pograms, a reference to violent riots in the Russian Empire that massacred Jews in the 19th and 20th centuries. Subsequent attacks against Jews in various times and places have also been referred to as pogroms.  In an effort to cool the ever-faster boil of anti-semitism in France, the anti-racism group SOS Racisme said that all people living in France have the responsibility to rise above hatred. “Support to Palestinians can’t translate into hate towards Jews,” it said.

With Paris synagogues (and others) under attack by anti-Semitic rioters, French Jews have been emigrating to Israel in greater numbers. In 2013, 3,270 French emigrated to that country, 63 percent more than in 2012 and a much larger proportion than the 3,070 Jews who emigrated from the United States that year. As many as 150,000 French nationals may now reside in Israel.