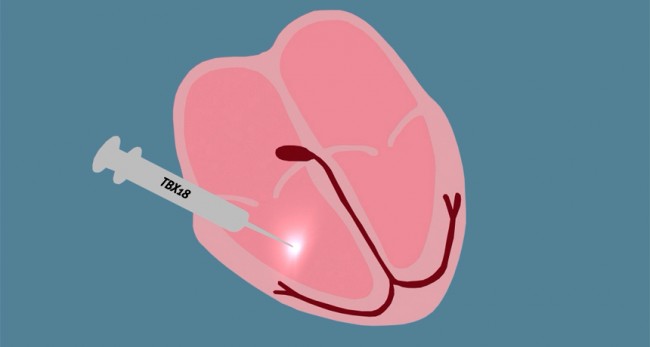 Each year in the United States, around 300,000 people suffering from slow or irregular heart beats will undergo surgery to have a pacemaker implanted under the skin to regulate their heart functions. The mechanical pacemaker is used when the body’s own natural pacemaker can no longer function to the needs of the heart. Now, through reprogramming cells, scientists have made a breakthrough that could result in the possibility of a bio-pacemaker.

Researchers from Cedars-Sinai Heart Institute have successfully created biological pacemakers in pigs. Using a human transcription factor gene, researchers were able to essentially reprogram cardiac muscle cells into a new pacemaker in the pigs. The pigs receiving the reprogrammed pacemaker cells had induced heart problems. With the reprogrammed muscle cells, the pigs heart rate remained steady and correctly upped the heart rate within the required levels during physical activity throughout the two-week long experiment.

The research that led to the bio-pacemaker was first reported in 2006, when researchers were able to create pluripotent stem cells from fibroblast cells with the introduction of four genes. The work eventually earned the research into the study the Nobel Prize in Physiology or Medicine in 2012.

After developing this original research, 12 pigs were given injections with either a virus engineered to deliver TBX-18, a transcription factor that began the formation of the new pacemaker cells, or a green colored protein as a control. Each of the pigs were artificially induced with complete heart block. This disrupted electrical signals between the top chamber of the heart with the bottom chambers, causing a slower heart rate. In the case the bio-pacemaker did not work, each pig had a back-up mechanical pacemaker.

According to Eugenio Cingolani, author of the study, the potential to have a bio-pacemaker replacing the mechanical version through the reprogramming of cells in humans could start testing within three years. Cingolani believes that if the cell reprogramming proves to work, it eventually could be a realistic alternative to the standard range of pacemakers used by doctors today. The cell reprogramming could very well open up pacemaker control in a larger spectrum of people in need of the device, but for medical reasons, may not be able to have a traditional pacemaker.

With traditional pacemakers, patients have to undergo surgery for implantation. The device may need to face servicing that would require additional surgeries to replace a failed or defective device or replace the battery. The single injection reprogramming could cure an individual of a slow heart rhythm for the rest of their lives.

The study of the reprogramming cells through for a possible bio-pacemaker will now need to go through further testing before human testing is ever considered. This study, being only two weeks long, only showed the researchers that it did work, but how long it works is still unknown. The next step will consist of another run with the pigs for six weeks. Over the next few years, multiple testing will be conducted to ensure that the pigs do not suffer any side effects. With continued positive results, the mechanical pacemaker could become obsolete within the next decade, about the life of a new pacemaker battery.

One Response to "Bio-Pacemaker Possible Through Cell Reprogramming [Video]"