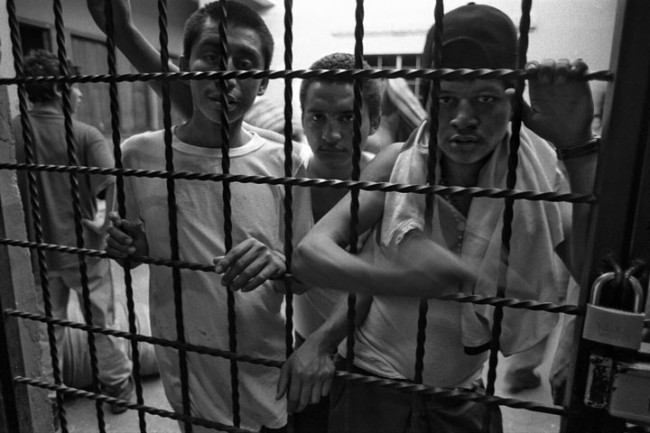 At as young as four years old, children in Central America are recruited into gangs, the source of which has recently been revealed to the public. Gang violence is one of the reasons that these children escape to the U.S. This happens in Honduras, El Salvador, and Guatemala. The newly uncovered origin of these gangs is many times older than the kids themselves.

The source of the gangs in those Central American countries is young adults who came undocumented to the U.S. as children, with their families, in the 1980s. Recruitment into the gangs in the U.S. was a matter of life or death. They had to comply in order to prevent harm and death for themselves and their families.

During the 1980s, many countries in Central America were ravaged by civil wars. Or, it might more accurately be stated that there were internal struggles, fortified by U.S. military weapons, in which unarmed indigenous and their supporters were massacred. It was during this time that entire families emigrated to the U.S. from those countries to avoid the mass slayings.

Los Angeles has recently been uncovered as one of the most destructive of U.S. cities in terms of gang violence and recruitment of the very young. Two monstrous gangs in Los Angeles – 18th Street (MS 18), which actively recruits in elementary schools, and Mara Salvatrucha (MS 13) – are particularly notorious. According to Michael Daly of The Daily Beast, the Los Angeles police were inept against these gangs, and even complicit in their corruption.

In 1996, a new law went into effect in the U.S. which mandated that any undocumented person who was found guilty of a crime that carried a minimum of a one year prison sentence, would be deported. This was upheld even if the sentence was later suspended.

Once these youths were captured by U.S. law enforcement, often tried as adults in the criminal system, they were imprisoned, where their guerilla tactics were solidified. After serving their years of incarceration, they were deported back to their native countries. The numbers are staggering: nearly 130,000 individuals were deported from the prisons between 2001 and 2010.

Without their families or financial support, released at the airport in their native country, with only funds provided to travel back to the local city, they had few options. Since they were raised in the U.S. – or, in the prison system – they did not know the area or anyone, or their native culture or language. In some cases, they slept in a park as they figured out their next move.

In Central America, these deportees were seen as dangerous, foreign, and attractive to children who were then recruited into gangs, and the source of their gang training has been revealed to be the U.S. Their baggy pants, shaved heads, and gang tattoos created intrigue for the youth in Honduras, El Salvador, and Guatemala, who were seduced into participating in gangs in their own neighborhoods.

What is happening now with the recent wave of undocumented child immigration is that violence is cycling back to threaten the U.S. Many children from Central America will wind up in slum neighborhoods, which is where gang violence is particularly rampant.

In Central America gangs are known to torture and kill children. The message is clear, telling the youth that they were either “with” them or “against” them. If anyone was perceived to be against the gang, they were shot and sometimes tortured. As children flee Central America due to fear for their lives, in addition to the reason of poverty, it will take more than stringent immigration policies and border patrols to prevent them from seeking refuge.

As stated by Carlos Dada of ElFaro.net in El Salvador, rather than perpetuate the cycle, the U.S. now needs to address why the kids are leaving their homeland in search of a safer environment. As it has now been revealed that the source of gangs recruiting children in Central America is the United States, deporting them back to the violent situations which they escaped will not fix the problem. In order for the cycle of violence to be arrested, it needs to be stopped at the source.