Chocolate: Its life and journey 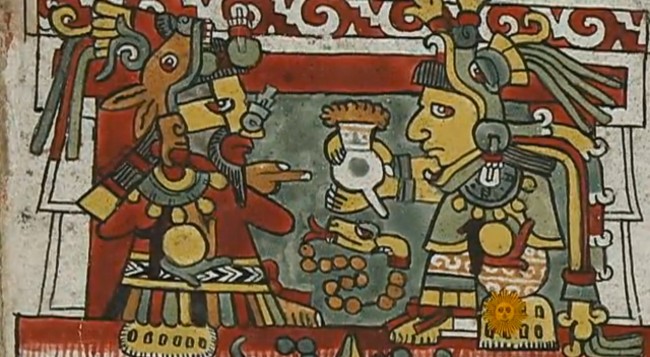 The rich, creamy texture and the distinct taste of chocolate have captivated many people worldwide, even alluring the ancient civilizations that existed thousands of years ago. Chocolate had its birth place in Central America with the Olmecs almost 4,000 years ago.  They took pods from cacao trees found only in tropical environments like theirs and  cracked them open.  A handful of 20-50 delectable cacao beans were found inside of each pod. Instead of discarding the bitter beans they somehow devised a way to eat them, a method still used to prepare the beans today. The Olmecs were the first to discover the scientific process of drying, fermenting, roasting and grinding the beans. It then took the form of a thick liquid drink in the hands of the Olmecs.  Chocolate’s rich journey and life continued in the hands of other ancient civilization.

This cacao bean was then passed down to the Mayans, the southwestern Americans and the Aztecs. A travel back in time into chocolate’s history shows that it was considered sacred, used as a drink during rituals. This dark elixir was even mixed with blood sacrifices during ceremonies for these ancient civilizations. Its Latin word Theobroma cacao, translated as “food of the gods,” shows that it was a valuable commodity to many. It was something magical and heavenly that was reserved for the royalty of  that time.  They regarded cacao as having medicinal and healing properties as well.

Now going almost 4000 years later, the life of chocolate has been passed down many centuries and has traveled through many countries. Inside this tiny bean lies a world of history and uses. The journey of chocolate from the ancient to the modern-day has proved this crop to be worthy of its life, adapting different forms according to the time and customs of the people.

When following the life and journey of chocolate through its production in the modern-day, many things about this ancient bean has changed, yet the core of the way it was produced remains the same as its original founders years ago.  In this present day, cacao trees are grown on small farms around the equator in Central America and Africa. They must be grown in delicate conditions and must be protected from the harsh sun and wind. 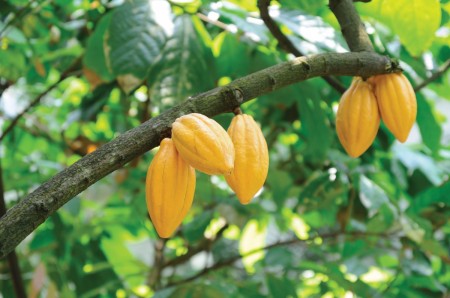 Once the pods are ripe for plucking, they are then broken and the cacao beans are extracted. After this, the cacao beans  are taken through a process of fermentation, they are then cleaned, dried and roasted. After the beans are properly prepared, they are thrown into sacks and sold to different companies. The beans are then brought to an exporting company were they are inspected and  brought to ports for shipping. The beans then journey across the seas and are dispersed into different countries around the world, landing in places like Sweden, Canada, Europe and America.

They are then brought into factories where the beans are shelled and the nibs inside (where chocolate comes from) are roasted, ground and heated up to create chocolate liquor. Whereas the ancient civilizations most likely did this with their hands and their own tools,  modern chocolate making has become a large-scale production. In  addition, chocolate now goes through  another process of having cocoa butter, sugar and even milk added into the dark liquor.  It is then put into molds and sold to in blocks to dairies, confectioners or bakers and made ready for global consumers to eat.

This magical bean has become a worldwide phenomenon, persisting through thousands of years and continuing for many years to come. No longer is chocolate considered “food of the gods,” but chocolate maintains its magical hold on people as three million tons of chocolate is consumed on a yearly basis. No longer is chocolate seen to be a rare and mystical, but many are drawn to chocolate during times of stress or depression for theobromine found in chocolate is meant to stimulate the brain and possesses the potential to elevate one’s mood. No longer is chocolate used for ritual ceremonies and sacrifices to appease the gods, but every culture has adapted their own ritual of chocolate suitable for their culture, whether it be eating chocolate eggs on Easter, giving a box of chocolates to a loved on Valentine’s day, or eating it as a symbol of celebration. Chocolate is still very much alive today.

2 Responses to "Chocolate: Its life and journey"