Thursday opens up with a story of crowdfunding success, with an independent title Maia now having brought in $1 million from its combined Kickstarter and IndieGoGo campaigns as well as Early Access. The original Colin McRae Rally game has just been rebooted on Steam, and Square Enix is offering a two-week free trial for their massively multiplayer role-playing game set in the Final Fantasy universe. Lastly, a former designer from Silicon Knights has pleaded guilty and been sentenced for child pornography. Here is the gaming news daily digest from Guardian Liberty Voice for July 31, 2014.

Simon Roth, the developer behind the upcoming independent strategy game Maia revealed he has made $1 million to date. The money comes from a combination of sources, including the Kickstarter campaign launched back in 2012, IndieGoGo, direct sales on his website, as well as Steam Early Access. Maia puts the player in the shoes of the commander of a small colony trying to survive on a hostile planet. The title received a lot of attention for its homage to the cult-classic Dungeon Keeper series, including digging caves to expand the base, ability to control minions in first-person, and even a giant hand serving as the in-game cursors. Roth has also founded Machine Studios, explaining he wants his employees to be able to put an actual company name on their resume. 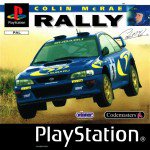 Colin McRae Rally was a popular off-road racing game released back in 1998. Famous for its realistic vehicle handling, it later evolved into the Dirt series. However, the developer Codemasters has just released a reboot of the original franchise on Steam. The new title is based on the sequel from 2001, and features 30 different stages and four different vehicles. It also sports a number of modes such as quick races, full rallies and Championships, with obligatory leaderboards and achievements. Those missing the feel of the early racing simulators should definitely check out the new title.

Square Enix has just announced a 14 day free trial for the PC version of their massively multiplayer online role-playing game. The free pass will only allow the players to get to level 20 and will have some additional limitations that will be revealed later. Nonetheless, the experience should provide curious gamers with a good glimpse into the game world and combat system, including the latest expansions which added a new three-faction player vs. player (PVP) mode. The more quaint gamers will also be able to enjoy raising Chocobos, chicken-like creatures that are a staple of the Final Fantasy series. The free trial is currently only available for the PC, leaving the Playstation 3 and Playstation  4 owners in the dust.

Ken McCulloch, a former game designer from Precursor Games and Silicon Knights, was just sentence by the Ontario Court of Justice to 12 months of time served on charges of making child pornography available. On top of that, the Niagara Regional Police has also added sexual assault, interference and forcible confinement to the list of charges to be reviewed at a later date. McCulloch has pleaded guilty to the pornography claims and will be placed on the registered sex offenders list for the next 20 years. Precursor Games has issued a statement distancing themselves from the former developer.