Jamal Crawford a Dangerous Proposition For a Contract Extension 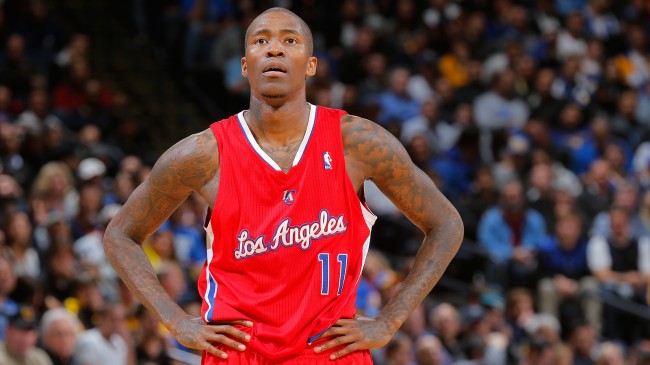 Over the past number of seasons, the Los Angeles Clippers have had a different reputation than what they are used to in the NBA — championship contenders. Between the power tandem of Chris Paul and Blake Griffin, along with last year’s addition of Doc Rivers as coach, there is no question of the legitimate chance they have to become NBA champions. One of the unsung heroes though is this past year’s sixth man of the year, Jamal Crawford, who serves as their scoring machine and spark plug off the bench. However, over the last day, much has been discussed about the guard’s future as he wants a contract extension, despite being 34 years of age.

Throughout the entirety of Crawford’s career he has essentially established himself as a scorer, which was very evident this past season when he averaged 18.6 ppg. While he can be relied upon to score, he comes with a major drawback, and that is that he certainly is not the most efficient scorer in the league by averaging 42 percent shooting this past season by making six of every 15 shots per game. That said, he is a great value on the Clippers.

He has, arguably, played the same game throughout the entirety of his career. He is not an all-around player. He is not a good defender. He is average-at-best as an assist man, averaging 3.2 apg this past season. Simply put, he serves a role as an energizer bunny. Because of this, the future of Crawford should be brought into question. According to his agent, Crawford wants to be on a team who has the desire to offer him an extension in 2015, the earliest he can receive one.

There are many problems with Crawford eagerly wanting a contract extension. First and foremost, the prolific scorer is not getting any younger. He currently is 34 years of age, a period of time when players, particularly guards, begin to break down. The evidence points to Crawford’s body beginning to fall apart, considering he missed 13 games this past season due to a calf injury. Moreover, considering Crawford will not be able to sign a contract extension until next summer, no team in their right mind will or should give him their word that they will give him a contract extension. After all, in 2015, Crawford will be a year older at the tender age of 35. Additionally, the extension will not go into effect until he is 36.

Yes, Crawford is currently being underpaid in his present contract, as he is making roughly $5 million per year. What the guard and his agent do not realize is that there are not many teams that want to put up a heftier contract for an aging guard, who quite possibly could be in the last few years of his playing career. At best, Crawford will receive a modest two-year contract and possibly only a single year extension.

Facts are facts. Crawford may be one of, if not the best, sixth man in the entire NBA. However, this fact does not make him any less of a risk. Much like Steve Nash has seen his body deteriorating over the last several years, one more injury or group of injuries could put the Clippers guard in a constant flux of being on and off the court. Worse yet is that this desire has started rumors of the Clippers trading the guard in exchange for younger players such as Luol Deng and Spencer Hawes, which could lead Crawford going to the unpredictable Cleveland Cavaliers, who may or may not even make the playoffs next year.

At the end of the day, Crawford is one of the best bench players in the league. He is someone who will boost any offense. However, the guard is not aware of the reality that he is not getting any younger. Jamal Crawford needs to stop listening to his agent and just play basketball. If he pushes too much for this contract extension, he may get pushed out of Los Angeles and end his career on a sour note.