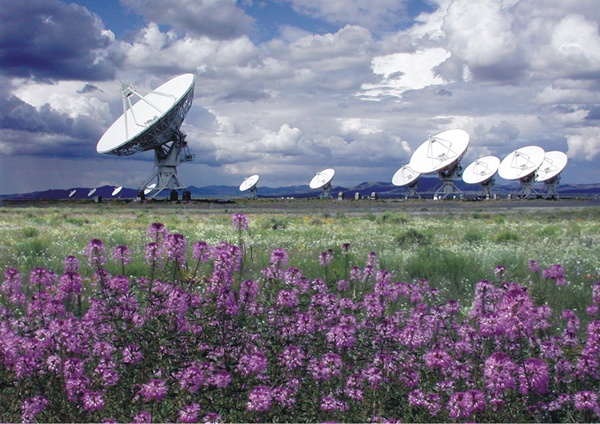 NASA could use a new funding model from Search for Extraterrestrial Intelligence (SETI) for future projects. Astrobiologist Jacob Haqq-Misra came up with an idea that would help the struggling organization by introducing a lottery bond, which gets investors to buy bonds at a certain price, and receive a guaranteed rate of return while SETI continues its research and observation for extraterrestrial life. When the first sign of life is received, all investors receive their initial investments, and there will be certain investors that are chosen by random to win a monetary prize.

SETI is strapped for cash at the moment, and its director Jill Tarter, the model for Jodie Foster’s character Ellie Arroway in the 1997 movie Contact, has stepped down as director of the organization to devote herself to obtaining funding. She has given talks to potential investors and so far it has been a long, frustrating journey for her. Haqq-Misra’s idea gave Tarter hope for a model that would provide stable and reliable yearly funding so SETI’s budget can be properly and uniformly utilized.

There is a lot of skepticism about this project, with fellow scientists understanding that investors would have to be specifically interested in funding this project with no guaranteed rate of return. But there has to be a new funding model, and SETI’s dire need for cash is a driving force for new ideas of funding and investment, which could also be used for funding future NASA projects.

SETI has been struggling with funding for years since its funding from NASA was cut by the government in 1993. Although the initial legislation cut SETI from the budget for only a year, NASA’s budget became so tight that SETI fell by the wayside. Charitable donations have sustained the organization ever since.

In April of 2011, the situation got so bad that SETI had to walk away from the heart of its research, the radio telescope array. The array monitors the skies, searching faithfully for radio signals that could lead to the discovery of life on other worlds. After its appeal to the public, SETI met and exceeded its goal of $200,000, reviving its research and watchful ear to the skies. They also built the Allen Telescope Array, which was funded in part by Microsoft co-founder Paul Allen, and they named the array in his honor in 2007. The array’s yearly costs are $1.5 million dollars.

Haqq-Misra is talking with economists and scientists as well as SETI researchers. He remains optimistic, because no one has told him it is not possible so far. He would like to use bank bonds, and sees banks as a feasible way to manage large amounts of money as well as cushioning the blow of initial losses.

More recently, a startup company named Uwingu, Swahili for “sky,” is aiming to bridge the gap between cash-strapped space research projects and their funding. Governmental budgets are shrinking dramatically in the areas of science and technology. NASA is also a victim of those budget cuts, and it can only be imagined what could be achieved if there was a stable and reliable source of income for these programs. The defense and aeronautical industries are flush with cash, due to their profiting off of the U.S. government’s past and future defense budgets, and it would be a good investment and a way to balance these budgets without congressional approval. In any case, a new project funding model is needed, that could be used not just for SETI’s future, but NASA’s as well.