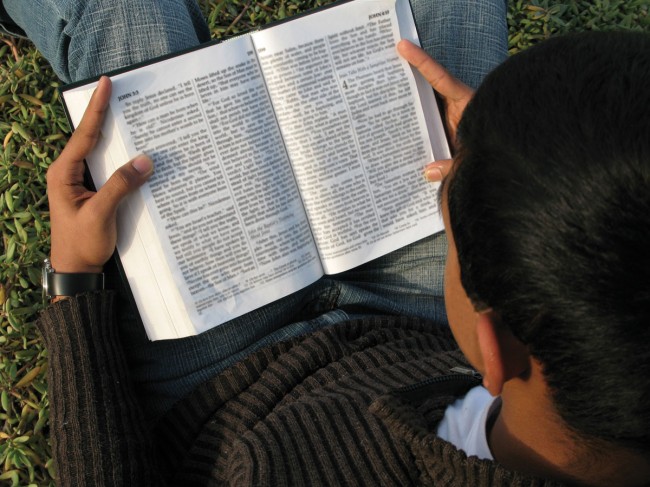 Oregon is becoming a battleground of opposition as Christian evangelical group Child Evangelism Fellowship (CEF) and citizen group Protect Portland Children collide over a children’s bible study program. The Portland group is protesting what it says is a harmful, evangelical fundamentalist indoctrination attempt aimed at impressionable children in public schools. The CEF is accused of participating in “faith-based bullying,” creating a scary message of sin and hell in order to get five to 14-year-olds to convert to Christianity. The organization, on the other hand, denies any such negative tactics and has labeled the opposition as part of a spiritual battle.

The Child Evangelism Fellowship has existed for about 75 years and due to a 2001 Supreme Court ruling, has the legal right to have faith-based clubs on public school property. The organization has had a string of successes with public school clubs in other states and has set its sights on Oregon for 2014. This was a big decision for the group because of Oregon’s status as one of the least religious states in America. In this largely non-religious environment, the group has decided to bring its missionary message to the Portland Public School District in order to reach kids, which it calls the “most spiritually productive harvest field anywhere.”

Following the news that CEF would be working in Oregon, the citizens’ group Protect Portland Children began to campaign against them. The group’s opposition to CEF is not because it is a religious organization per se, but because of the tactics it uses to indoctrinate the kids. The protest group has cited the “aggressive recruiting campaign” as a psychologically harmful means of manipulating children into converting to a fundamentalist version of Christianity. They claim that the CEF and its after school program Good News Club emphasize sin and hell in order to frighten children. That is primarily what Protect Portland Children is against.

The CEF is already hitting back against the citizens’ group, appealing to the larger battleground of a culture war in its self-defense efforts. The organization agrees that children are easily manipulated, but they say that they do not to participate in such low tactics. It claims that its efforts and the Good News Club specifically attempt to build character in children and teach them positive values. The group goes a step further, attacking Protect Portland Children directly by calling it a “shadow group run by atheists who seek to dismantle Christian outreach.” The program manager John Luck echoed the theme of religious warfare by saying that the Portlanders did not have a problem with the CEF, but with the Biblical values the group teaches. The organization draws the lines of opposition very clearly, between Christians and atheists who oppose them for their religious beliefs.

Interestingly, Protect Portland Children is not without its own religious affiliation as it goes about protesting the evangelical group’s activities. A prominent local pastor, Chuck Currie, has also spoken out against the CEF and its Good News Club, supporting the work and opinion of the Portland based citizens’ group. On his blog, he noted that the CEF is an extreme fundamentalist version of Christianity, which he says is at odds even with traditional conservative Christianity. In his estimation, the tactics used by the group are “a form of coercion similar to a cult.” He advocated having mental health professionals investigate the potential psychological effects the group has on children before giving them full access to public school property and students in the area.

While a Supreme Court ruling gives CEF the ability to enter public school grounds in order to spread its message, children are required to have written parental permission before they join the club. This fact is emphasized in bolded text on the club website and has been touted in news reports. But there are some areas where the group does not need parental permission and it directly and openly targets those areas as well. However, it does not acknowledge that parental permission is not always required. The website says that it meets with children “just about anywhere the children can easily and safely meet with their parent’s permission.” While this represents the matter as completely dependent on parental permission, that is not actually the case except where public schools are involved.

Misinformation is one of the things that Protect Portland Children is trying to fight against. It fully recognizes the Good News Club’s legal right to meet in public schools and does not seem to be trying to change that fact. However, it does aim to educate parents on just what exactly the club is teaching their children. It also encourages parents and other concerned people to talk to the school district in order to prevent religious-based bullying and keep the lines between school and religion clear so as not to confuse kids. It is on this basis that the Portland group is protesting the evangelical CEF and the Good News Club.