What Is It Like to Work at Tesla Motors? 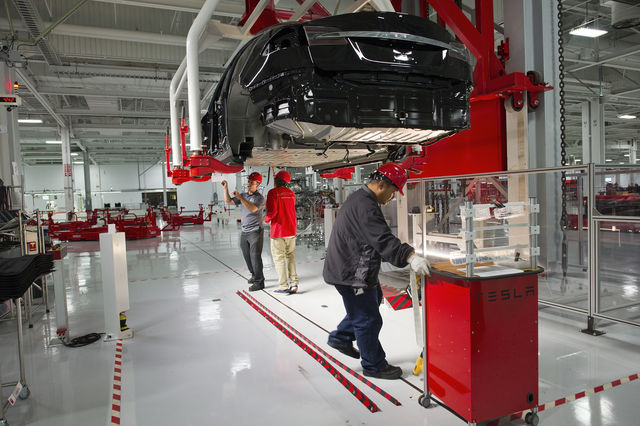 Elon Musk’s Tesla Motors has caused a lot of excitement in the automotive industry, environmental community, and investment world due to their unique product of electric cars and innovative business model. During their mainstream foray, the automotive company has made their patents publicly available, created plans for the largest automotive factory in the world (Gigafactory), and announced that their vehicles will have more American-made parts than any car in history, 90 percent of their models will be made from domestic materials.

Founded in 2003, Tesla Motors rebuilt the automotive manufacturing process from scratch. Which has given some of the top minds in the industry a reason to work for the company. It has awarded them the opportunity to structure the process the way they have always wanted. So what is it like to work at such an innovative company?

Tesla’s vice president of OEM and Re-manufacturing, Gilbert Passin, said when he was interviewed by Musk for a position at Tesla Motors in Fremont, California, he was given the chance to drive the, at the time, latest vehicle from the company: the Roadster. Passin stated that he immediately saw the potential of the vehicle when he got a first hand experience at its smoothness and efficiency.

According to Passin, Musk respects his employees and trusts them to create the optimal product. Passin was given total freedom and use of the company’s resources to build an electric car from scratch. Passin continued to state the carte blanche awarded to him is unheard of in the automotive industry.

Passin left his prestigious job at Ford to discover what it is like to work for Tesla Motors. He helped build one of Tesla’s plants and began hiring people as soon as the company was able to produce thousands of cars annually. At his factory, there are currently 1,300 workers on the manufacturing floor and another 1,300 on the power train floor.

Passin said the culture at Tesla is much different from Ford, GM, or any other car manufacturer. They are very ambitious, and whereas most companies only have profit as a goal, Tesla Motors has profit, innovation, and environmentally friendliness as its goals. Passin attributes the companies need for flexibility, creativity, and intellect to that fact.

Passin declared Tesla is manufacturing around 700 cars a week. He stated working for Musk is anything but easy, yet it offers greater rewards than all of his previous employers. He described Musk as a very inspiring person who pushes his employees to the limit. He only accepts the best of the best in what his employees are trying to achieve in manufacturing, design, and performance.

As to what it is like to work at Tesla Motors on the ground floor, employees have stated that it is very similar to working at any other automotive factory. They place great emphasis on efficiency and output, so they utilize the standard assembly line strategy. However, the employees have reported higher wages and greater benefits than competitors.

9 Responses to "What Is It Like to Work at Tesla Motors?"