World Cup: Reasons Why the Hosts Do Not Always Win 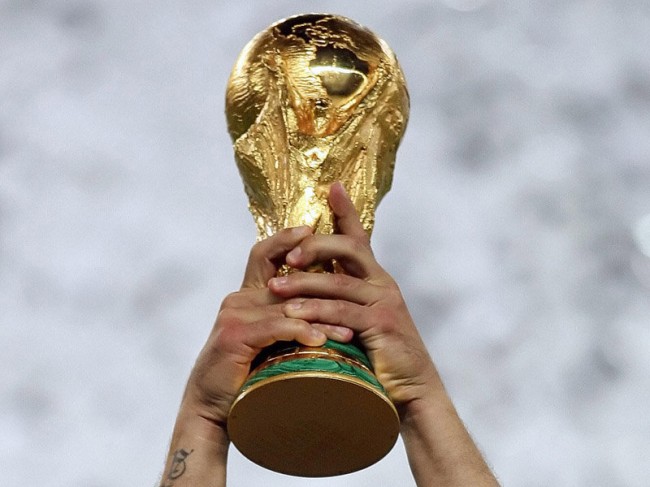 Since the very first time the World Cup was staged, it has become some sort of a requirement and tradition or norm for countries that host the tournament to win the trophy as well. Indeed many have hosted and won but at the same time, many have failed at this quest too. What then are the reasons why the hosts of the World Cup do not always win?

In 1929, a congress was organized by the International Federation of Association Football (FIFA), the international governing body of football, futsal and beach soccer. Then president of the Association, Jules Rimet, decided that there should be a first of its kind international football tournament between countries. Soon after,  the FIFA World Cup competition commenced with the first edition being staged in Uruguay and it was delightful for all to watch. Ever since, the Competition has been organized every four years. There was a hiatus between 1938 and 1950 due to the Second World War.

Today, the 2014 edition is still ongoing and it is hosted by the football-loving nation Brazil. Like it has always been over the years, every country that hosts the World Cup seeks to emerge winners as well and Brazil are not different. It is quite unfortunate they have bowed out of the 2014 World Cup Tournament already before the conclusion. When Uruguay hosted the maiden edition in 1930, they won. Italy hosted the second edition and they also won. Other nations such as England, Germany, Argentina and France have all hosted and won.

Countries that host the World Cup seem to always have an upper hand and stand a better chance of winning the trophy. They have the advantage of having their fans in large numbers. They also have the opportunity to acclimatize to the weather and use the pitches ahead of the other teams as well since the whole tournament is taking place in their home. Why then is it that some countries have failed at wining the trophy? What are the reasons why the hosts do not always win?

First of all, hosting the World Cup requires preparing the stadiums and ensuring solid security, among other responsibilities. The hosts are also contestants in the Tournament itself so their work doubles up. They prepare their playing team and prepare to receive the other contestants from other countries at the same time. Preparing for the World Cup in itself takes much preparation, which is why FIFA has a strict requirement as to who hosts the Competition. The host nation not only prepares to host the event but also prepares their team to partake in the event as well.

The pressure that comes with handling both types of major preparations accounts for why some nations fail to win the trophy. Because of the workload, the team may not be able to really prepare and come out in their best form for the Tournament. South Africa suffered from this problem in 2010 when they were hosts. They had many challenges involved with setting up good accommodations and security for teams, fans and officials for the 2010 World Cup Tournament. Many bodies and individuals even expressed their lack of confidence in South Africa to host the Tournament and it affected their team’s performance in the competition.

Another reason why hosts of the World Cup do not always win is because winning the Competition is about who has a quality team and who is most hungry. Having a great team is not enough. There has to be some drive and passion and some yearning to win the competition to drive the team as well. In this 2014 World Cup, Brazil had undoubtedly a quality team but they seemed to be a bit distracted. The passion to lift the trophy was not strong enough and it was evident throughout, especially when they played against Chile in the round of 16. Left to game play alone, Chile should have carried the day. On the contrary, when France hosted in 1998 it was quite evident that they indeed yearned for the trophy.  The French was high quality and well prepared, and they kept the trophy in France.

Some World Cup hosts also have gone into the competition expecting to receive special treatment because they were the host nation. However, aside from automatic qualification for the competition and the economic as well as social benefits that come with it, FIFA does not do much for the host nation in the actual games. Both hosts and contestants are treated equally by the same rules of engagement. The fact that a country is the host does not mean referees will favor them or give better treatment than the other teams in the World Cup.