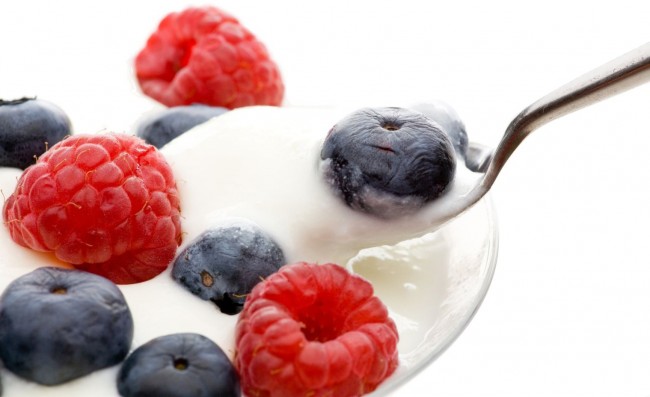 Several new studies are pointing to inflammation, particularly in the gut, as a significant factor in the cause of autism spectrum disorder (ASD) and attention deficit/hyperactivity disorder (ADHD). Study results show that probiotics decrease the inflammation and are alleviating autistic-like symptoms in laboratory mice.

The National Institute of Health (NIH) has found that the balance of organisms in the digestive tract, often called the microbiome, is key for healthy postnatal development. Human microbiomes are made up of trillions of microbes. In addition to the usual genetic information babies inherit from their parents, scientists have discovered they also inherit the genetics of both parents’ microbiomes.

Just before birth a fetus begins to populate healthy bacteria in their gut. Before this time, the womb is sterile. Scientists believe that the current higher rate of C-section births and maternal ingestion of antibiotics can disrupt microbiome formation in the infant’s digestive tract. It was also determined that breastfed babies show a lower incidence of ADHD. Many autism researchers recommend that new mothers breastfeed, if they are able, as a strategy to prevent the development of ASD. They cite that a healthy gut in children will regulate inflammation and promote both higher immune function and more normal behavioral development. These same researchers believe that the destruction of natural flora in infants and young children, through the use of antibiotics, contributes to the development of ASD and ADHD.

Recent studies from the California Institute of Technology are showing that the gut affects the brain in ways that were previously unknown. The microbiomes of autistic individuals are different, and researchers believe they are contributing to the disorder. It’s estimated that 70 million people around the globe have disorders that fall on the autism spectrum. Studies that could prove conclusively that probiotics can alleviate any symptoms of ASD would be life-changing for these individuals and their families.

Currently, ASD is treated via various types of behavior therapy. Based on these new findings, early and consistent treatment with probiotics, which contain “friendly” bacteria helpful to gastrointestinal function, may be at least as helpful. Recent studies have shown that up to 90 percent of autistic children have gastrointestinal problems. The Centers for Disease Control and Prevention (CDC) states that children with autism are more than three times as likely to suffer from chronic constipation or diarrhea, as compared to their peers without ASD. Probiotics occur naturally in foods like yogurt, kefir, kombucha, sauerkraut, miso, kimchi and pickles.

Caltech biology professor Paul Patterson believes that if the gastrointestinal issues are alleviated in autistic children their behavioral issues will be stabilized and will be easier to treat. Based on his findings, Arizona State University scientists did a study focused on the fecal samples of children with and without autism. Those with ASD had fewer different types of bacteria than the non-autistic children by a significant margin.

Another Caltech researcher, Elaine Hsiao, piggybacked off an earlier discovery that women who get the flu during pregnancy have double the risk of birthing a child with autism. Hsiao injected pregnant mice with a mock virus, resulting in babies that exhibited autistic behavior: anxiety, obsessive grooming and aloofness from the other mouse pups. Those “autistic” mice developed the aforementioned leaky gut, which is often seen in autistic children.

When Hsiao took blood from these “autistic” pups, their samples contained 46 times more of a particular gut bacterial molecule than the non-autistic pups, indicating the bacteria was leaking into their bloodstream. When Hsiao injected healthy mice with this same molecule they became more anxious.

After adding a probiotic, targeted to GI problems, into to the mice’s’ food, several things happened within five weeks: the leaky gut sealed up, their levels of the bacterial molecule plummeted and their gut microbiomes more closely resembled that of the healthy mice. Most astonishing to the researchers was the mice’s behavior. They stopped their obsessive behavior, became more vocal and were much less anxious. They remained aloof from other mouse pups, but researchers are still eager to attempt a clinical trial to see how this study will extrapolate to a human population.

Finally, the result of a test reported in the Journal of Pediatric Gastroenterology and Nutrition found that intestinal permeability (IPT) in patients with autism, and their first-degree relatives, is significantly higher than in the study’s normal population. High intestinal permeability is also commonly referred to as “leaky gut.” The IPT of “normal” patients was 4.8 percent versus the much higher IPT values found in the autistic patients and their families, 36.7 percent and 21.2 percent respectively. The study also noted that 46.7 percent of children with autism experienced gastrointestinal symptoms such as diarrhea, abdominal pain and constipation. The researchers’ final conclusions were that individuals with ASD who suffer from higher IPT could benefit from a gluten-free diet, and that heredity is involved in IPT.

Researchers firmly believe that administering probiotics will, at the very least, decrease the inflammation that can affect cognitive and social development as well as language. Whether the probiotics would more effective when delivered via dietary changes or via pharmaceutical probiotics has not yet been tested. Current dosage recommendations for autistic or ADHD children who experience gastrointestinal symptoms is a probiotic containing 15 to 30 billion healthy microorganisms every day.

The underlying message from these studies: don’t underestimate the power and importance of gut bacteria. John Cryan, at University College Cork, believes that “gut microbes are as important as the nerve cells of the brain.” He and other researchers believe “more studies on autistic biota are necessary.” For families dealing with the symptoms of autism, alleviation of some of those symptoms from probiotics would be an enormous relief.