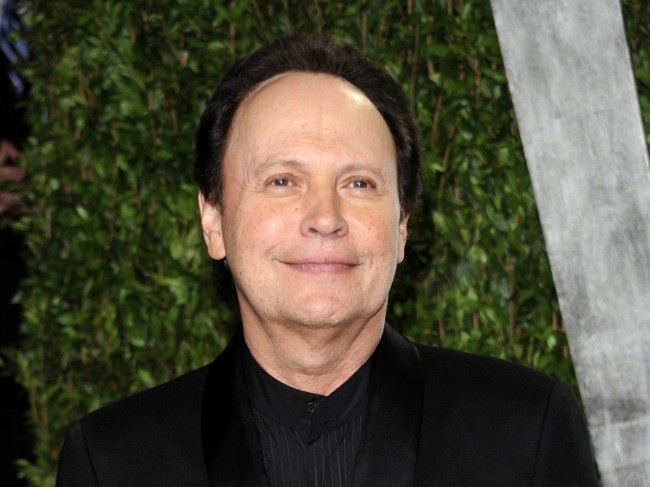 Billy Crystal’s planned tribute to Robin Williams at the 66th Emmy Awards, Aug. 25, 2014, will continue the theme of moving memorials being delivered by celebrities honoring the humor, laughter, and fun brought to the world by the late comic genius. Robin Williams died on Aug. 11, 2014, at the age of 63.

Billy Crystal is no stranger to the world of entertainment awards events, having hosted the Academy Awards nine times, and the Grammys three. Interestingly enough, he has received five Emmys of his own, for his work on Academy Awards broadcasts. Awards aside, the clarity and heartfelt warmth Billy Crystal brings to his performances whether as an award show host, actor or a stand-up comic, makes him a logical choice for delivering a memorial message for Robin Williams.

Billy Crystal and Robin Williams had a close association for more than 20 years, together with Whoopi Goldberg, as part of the televised stand-up-comedy fundraiser show, Comic Relief. Comic Relief was launched in 1986 by comedy writer, producer, and actor, Bob Zmuda, to help those in need, and raised hundreds of thousands of dollars during the course of its popularity. Upon learning of his good friend’s death, Billy Crystal tweeted, “No words.”

Words are precisely what the Soap star has been asked to deliver, during his role as eulogizer during Monday’s Emmys. While it is no doubt a difficult task to put the right words together for a grieving public, there is also no doubt that Billy Crystal will ultimately find the right words to say. Billy Crystal’s tribute to Robin Williams at the 66th Emmys will honor the humor, laughter and fun brought to the world by the Patch Adams star as only another accomplished comedian can.

Because of his close association with Robin Williams as part of the Comedy Relief fundraising team, when the Analyze This star speaks regarding the Goodwill Hunting star’s life at the Emmys, he will not have to compete with what other celebrities have said or shared. Billy Crystal’s words, like the rest of his career, will be honest, sincere, and from-the-heart.

Billy Crystal’s name became well-known for playing one of the first openly gay characters on television, Jodie Dallas, on Soap, while Robin Williams gained career-launching name-recognition for playing an alien from another planet, Mork from Ork, on Mork & Mindy. Billy Crystal’s first big-screen debut, a critical failure called The Rabbit Test, required him to play a man who becomes pregnant, while Robin Williams’ first big-screen debut required him to play a cartoon character, Popeye, in a live-action film of the same name.

During their careers, both men played characters that originated catchphrases that became part of popular culture: Williams’ alien greeting, “Na-nu, na-nu,” from Mork & Mindy, became prevalent in interpersonal banter during the popularity of the show. So many people, even today, are fond of dropping “You look mahvelous” into conversation that they sometimes forget the phrase originated with Crystal’s Fernando Lamas character during his season with Saturday Night Live.