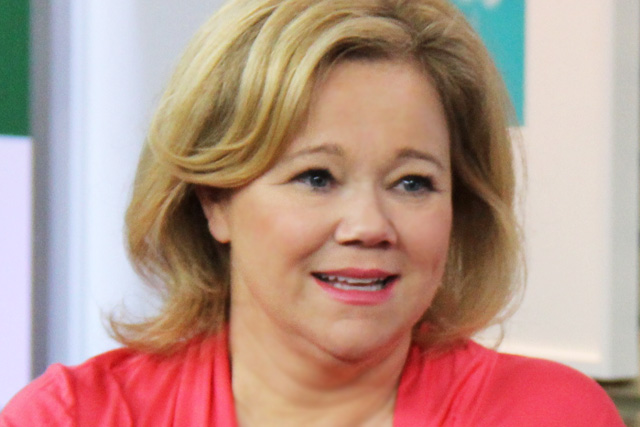 Caroline Rhea and her crew of three up and coming comics provided a strong Stand-Up Comedy Showcase for the Lucille Ball Comedy Festival on August 7 in Jamestown, NY. A nearly full audience welcomed the four comics to the area and the Reg Lenna Center for the Arts, which is the theatre where the performance took place. Rhea was the headliner for the evening and she introduced each of her up and coming comic cohorts, which included the comedic stylings of Moody McCarthy, Carmen Lynch, and Andrew Norelli.

The event served as the first of three large comedy showcases that will encompass this year’s Lucille Ball Comedy Festival, which will be held August 6-10. Rhea and her crew hosted the first comedy event on August 7, followed by comedian Tom Cotter and his wife, Kerri Louise, as his lead-in act on August 8, and then, Jay Leno will round out the comedy showcase festivities with his performance on August 9.

Rhea’s rapid-fire delivery and impeccable comedic timing kept the audience in stitches throughout the evening. The deft comedienne, who is likely most well-known from her featured role on the TV series Sabrina, the Teenaged Witch, had a terrific 45 minute opening set that dazzled the audience. Her material was edgy, timely, and she connected with the audience on every level. Her set energized the theatre and she fed off of the audience’s enjoyment of her material and observations. Rhea also utilized plenty of audience participation in her act and used the audience to facilitate her act. She adapted her material to fit the audience she was entertaining and it proved to be smashing success.

Caroline Rhea and her crew of three up and coming comics provided much lighthearted enjoyment and tons of laughter therapy, during their first appearance at the Lucille Ball Comedy Festival on August 7 in Jamestown, NY. The majority of the comics on stage were either NYC or Los Angeles-based and their journey to Lucy Fest, along with the audience participation they encountered during the show, seemed to put the comedy foursome in a New York state of mind. The comics appreciated the audience as much as the onlookers enjoyed the comics.

The three up and coming comics provided interesting and diverse comedic perspectives. Each comic was introduced by Rhea and she did a brief, off-the-cuff comedy tie-in immediately after each comic performed. Two of the up and comers, McCarthy and Norelli, were able to connect with the crowd effortlessly and really won the audience over. However, the third up and comer, Lynch, stumbled through her act and struggled to make a connection with the audience. Some of this disconnect could be attributed to Lynch’s material, which could be considered crass or offensive to certain segments. However, her delivery was as much as to blame for the lack of enthusiasm from the crowd as anything. While Rhea, McCarthy, and Norelli all have quick wit and use audience participation to foster their performance, Lynch has a very monotonous delivery style and uses almost no audience input whatsoever. Moreover, the other three comics are very upbeat and personable individuals, while Lynch really seems isolated and in her own world. The audience felt that difference and it responded to the diversity in style as well as material.

Overall, Caroline Rhea and her crew of three up and coming comics proved very entertaining and provided much enjoyment, as well as tons of laughter during their first appearance at the Lucille Ball Comedy Festival on August 7 in Jamestown, NY. The evening was very popular, it generated a wonderful energy and enthusiasm among the crowd, and proved to be a great start to the Lucy Fest comedy showcase festivities. If there is any justice in the world, Rhea will return again to perform as a Lucy Fest regular. Fun was had by all and it rated a solid three out of four stars for the evening.