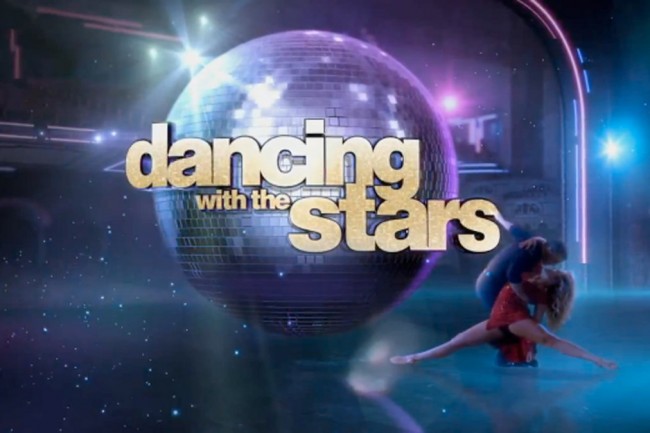 On Dancing with the Stars on ABC, there will be three new pro dancers when Season 19 commences Monday, Sept. 15 at 8 p.m. ET on ABC. The first episode will be two hours long. While most of the pro dancers from Season 18 of Dancing With the Stars will remain, will not be back: Maksim Chmerkovskiy, 34, who officially said he would not be returning as a pro dancer last month. Maks and Olympian Meryl Davis won the Season 18 Mirror ball Trophy. It is rumored that he might be a new judge on Dancing With the Stars, but ABC has not yet announced who the panel of judges will be.

The lineup of pro dancers was announced on Good Morning America on Wednesday. Four returning dancers, Karina Smirnoff, Tony Dovolani, Val Chmerkovskiy and Cheryl Burke appeared on the show to confirm which of the other pro dancers were returning an which new ones had been added to the cast.

Dancing With the Stars Season 19 will be the eighteenth season for Tony Dovolani. He won Season 15 with Melissa Rycroft, though last season, he only managed to finish in seventh place.

Season 19 will be the eighteenth season for Cheryl Burke, as well. She has two Dancing With the Stars titles under her belt. With celebrity partner, Drew Lachey, Burke won Season 2 and she won Season 3 with football great, Emmitt Smith. Last season, she took eighth place.

The best finish that Val Chmerkovskiy, Maks’ younger brother, had on Dancing With the Stars was in Season 16. He and his celebrity dance partner, Zendaya Coleman, were the runner-ups then. He has been dancing on Dancing with the Stars on ABC for 6 seasons so far.

Karina Smirnoff was Dancing With the Stars‘ thirteenth edition winner, along with celebrity partner with J.R. Martinez. Season 19 will be Smirnoff’s sixteenth season. Last season, Smirnoff only managed to achieve an eleventh place finish.

Other pro dancers who will be returning are two-time Dancing With the Stars winner, Mark Ballas; Derek Hough, who has won an Emmy and is the only five-time champ ever; Emma Slater; Peta Murgatroyd; and, Witney Carson, who debuted just last season.

The three new pro dancers will be Keoikantse “Keo,” Motsepe, Artem Chigvintsev and Allison Holker. Holker was a So You think You Can Dance all-star and has performed on the stage of Dancing with the Stars as a guest dancer. Motsepe has been the champion South-African Latin American dancer in every age category. He has been undefeated for eight consecutive years. Perhaps he can carry that same combination of skill and magic with him to Dancing With the Stars. Artem Chigvintsev, last season, was a dancer in the Dancing With the Stars Troupe.

The Season 19 premiere of Dancing With the Stars is still a little over a month away, but the anticipation about the upcoming season has already begun to build with the names of the three new pro dancers who will be joining the cast revealed on Good Morning America on Wednesday. With the news of who will be composing the cast of pro dancers now made public and the announcement that the list of celebrities who will be appearing will be mentioned on Good Morning America on September 4, fans have a lot to look forward to as they eagerly await the start of Season 19. Dancing With the Stars will return to ABC with a two-hour-long debut on September 15 at 8:00 p.m. ET.

DANCING WITH THE STARS