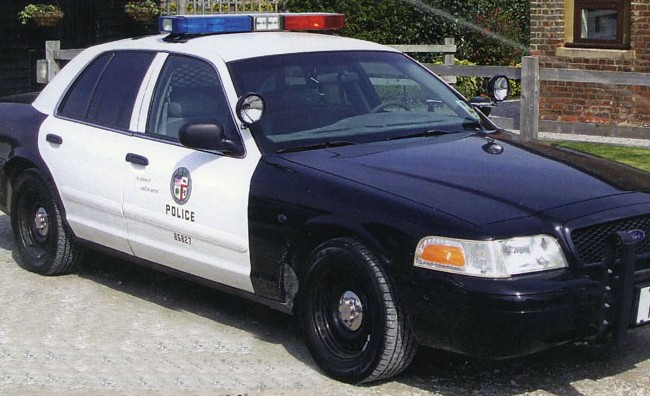 The Los Angeles Police Department announced on Wednesday that two of their officers shot an unarmed black man on Monday. The unidentified man was killed at approximately 8:20 p.m. after he allegedly tackled one of the officers and made an attempt to grab his weapon. He was shot in South Los Angeles by the officer and his partner.

Although the LAPD did not identify the deceased man, his family has come forward in local media to say that he was Ezell Ford, 24. They claim that Ford was mentally ill and that the police were aware of his illness. A spokesman for the LAPD, Cmdr. Andrew Smith, said that although he was aware that the man shot had been arrested in the past, he was unaware why he had been detained and did not know if the department had any knowledge that he suffered from a mental illness.

According to Smith, the two officers involved approached Ford for investigative purposes. As they neared, Ford quickly turned around, “tucked his head toward the officer’s gun,” and brought the officer to the ground in an attempt to snatch the weapon from the officer’s holster. At this point, Smith said that the partner of the officer who had been taken down fired at the man. While doing so, the officer on the ground used a “backup weapon” to fire at Ford. Although he was transported to a hospital following the shooting, Ford died as a result of the gunshot injuries he sustained.

Local television station KTLA spoke with a woman who identified herself as the mother of the victim. The woman, Tritobia Ford, told the station that her son had lain on the ground as ordered to by the officers when they shot him in the back three times. She described her son as “a good kid” who “didn’t deserve to die the way he did.” She further accused the LAPD of withholding from her the name of the hospital to which her son had been taken – a claim denied by the department.

A witness to the shooting, Leroy Hill, has stepped forward to back up the claim that the officer shot Ezell Ford while he was laying on the ground. He recalls that one of the officers shouted “shoot him” right before the shots were fired. Speaking to The Huffington Post, Hill declared that Ezell Ford was not involved in gangs and that he had done nothing wrong prior to being approached by the police. He claims that the officers forced Ezell Ford into a corner and beat him for no reason. He claims that the first shot was fired at Ezell Ford while he was on the ground, the second shot came after they had restrained him with a knee on his back and the last came directly after the second.

Neighborhood residents say that although they were unsure of exactly what type of mental illness Ezell Ford had, it was well known by area residents and the police that he “wasn’t all there.” One neighbor explained that despite that, the victim was able to follow orders and would have done what the police asked of him.

Los Angeles police have fired their weapons at a total of 16 people this year, including Ezell Ford. In two of the shootings, nobody suffered injuries, says LAPD spokeswoman Liliana Preciado. She also said that although a portion of the police fleet in L.A. have video cameras, the cars at the scene where Ezell Ford was killed did not yet have them equipped.

Preciado also said that the name of the officers involved will be publicly released once the preliminary investigation into the shooting has been completed, which is hoped to occur this week. All officer-involved shootings are reviewed by the LAPD’s Force Investigation Division, the Board of Police Commissioners and the inspector general in order to determine if the use of force was within the guidelines of the department. Meanwhile, Ezell Ford’s family and friends are planning to hold a protest on Sunday in front of the LAPD headquarters. A Facebook account has also been created to call for justice in the death of Ezell Ford.