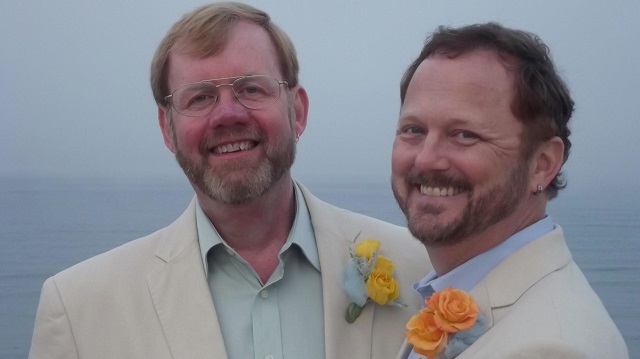 A gay widow is suing Alabama for unjust treatment to same-sex couples. The state has already been challenged for falling behind in the nationwide fight for the equality in the lesbian, gay, bisexual and transgender community (LGBT). Paul Hard and Charles David Fancher were legally married in Massachusetts back in 2011. They returned to Alabama to begin their lives together. Nearly two months later Fancher was involved in a fatal accident on Interstate 65; Alabama’s ban on same-sex marriage caused Hard to be denied access to his husband’s hospital room after he was killed.

Hard, an associate professor and department counselor at Auburn University, recently spoke out about his unfair treatment and how it affected him and the staff at the hospital. He said he literally begged for access into his spouse’s room but was forbidden. A nurse who was working the hospital’s emergency room during Hard’s unfortunate experience told him she was sorry she could not allow him into the room. The nurse was visibly effected and later approached Hard and tearfully said,

I am sorry; I would have let you in if I could.

The final straw for this widow was when he found out Fancher’s death certificate states he was never married. Alabama refused to recognize the couple’s marriage and would not allow Hard any legal standing over his life partner’s will. This added insult to injury and with no resolve in sight Hard hit Alabama with a lawsuit challenging the state’s ban on same-sex marriage.

While same-sex couples in other states are lined up to receive long-awaited marriage licenses, the LGBT community in Alabama is not so fortunate. They are left behind, finally celebrating a court ruling to throw out the state’s sodomy law. This ruling comes over a decade after the rest of the country has moved on. After the ruling was finalized Equality Alabama chairman Ben Cooper released the following statement:

Each and every person, no matter their sexual orientation or gender identity, is entitled to equal protection under the law. The Alabama court’s unanimous decision overturning the statute is a step in the right direction and makes us optimistic for future and ongoing equal rights through the continued elimination of unconstitutional provisions in our state’s constitution that violate privacy and equal protections.

Even as a growing number of Republicans in other states have finally gotten on board with marriage equality, it seems conservatives in Alabama have strengthened their opposition to pro-gay legislation. There are still no laws in place to protect the LGBT community from discrimination or crimes of hate. It seems, however, the conversation surrounding gay rights has started to slightly shift in a positive direction. Alabama’s first openly gay lawmaker, Patricia Todd, recently won the Democratic primary for her third term. Todd, who stands unopposed in the general election, serves to represent Birmingham’s downtown district. 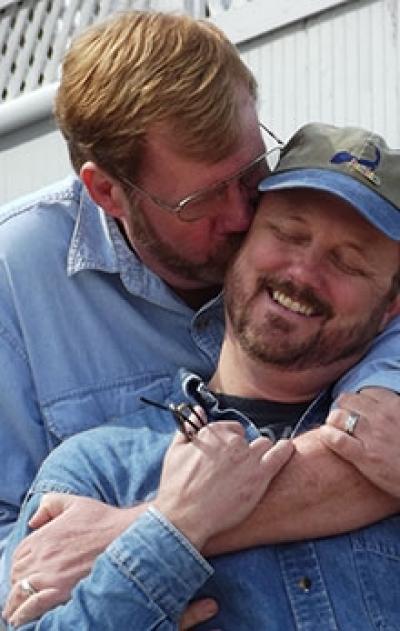 On Thursday Hard faced multiple cameras and a host of reporters to describe the pain of being treated with indifference in the state he calls home after the man he had married in Massachusetts was killed. The Hard v. Bentley suit was filed on February 13, 2014 and is a federal challenge to the state of Alabama’s constitutional ban on gay marriage. The 55-year-old former southern Baptist preacher explained his reason for filing the lawsuit as follows:

It is important because nobody should ever have to go through this at the worst extreme of their lives; we should be able to expect the compassion and support of our fellow citizens. Southerners have tremendous heart. They are known for their kindness, courtesy and ethics. And they are known for their humanity. I don’t believe that anybody who could witness what I went through could simply step back to a political or a legal position.

Paul Hard married Charles David Fancher in Massachusetts in May 2011. Two months later Fancher was killed in an auto accident and a wrongful death suit resulted. Because of Alabama’s laws, Hard is unable to be recognized as the surviving spouse, which denies him any share of the proceeds from the suit.