Moon: 50 Years Ago the First Spacecraft Photo Was Taken 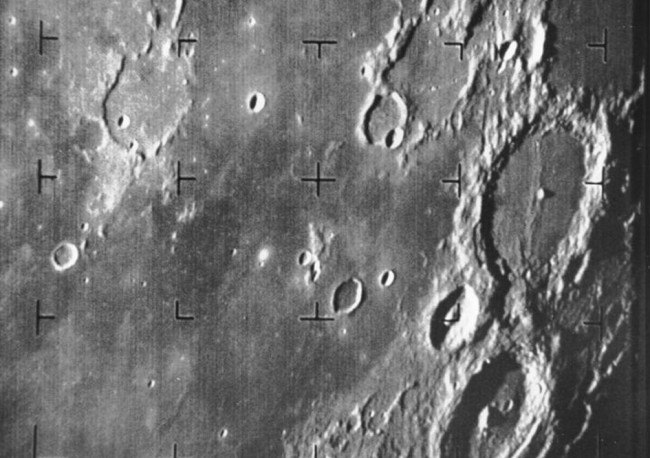 Moon photographs taken by a spacecraft were first captured 50 years ago. Those first photos were taken on July 31, 1964, by Ranger 7, an unmanned spacecraft. Prior to the photos taken by Ranger 7 the people of Earth had no idea how the surface of the moon looked.

Ranger 7 was space probe set on a crash course with the lunar surface. The spacecraft was to take photos in the last minutes of flight before impact. The mission was tricky. There were several attempts before the successful mission of Ranger 7.

The Ranger 7 voyage was preceded by six unmanned Ranger spacecraft. A series of Ranger missions was launched on August 22, 1961. Unfortunately, launch failure claimed the first two. The third through fifth missed their target. Ranger 6 was the closest to completing the mission to the moon, as it was on course, but experienced a complete camera failure, prior to crashing into the surface of the moon.

The failures were discouraging, but the scientists at NASA were persistent. After each failed attempt they made improvements that would ultimately facilitate a successful mission. Eventually, the hard work and perseverance of those who worked on the Ranger unmanned spacecraft program paid off when 50 years ago the Ranger 7 spacecraft took the first photos of the moon.

Ranger 7 was equipped with 2 solar panels and 6 cameras. Each camera had a separate power supply to ensure the loss of one camera would not cause a complete mission failure. The cameras had the ability to take and transmit thousands of pictures within minutes.

The craft was launched on July 28, 1964. It took nearly 72 hours for the craft to reach the target, while scientists waited eagerly in the control center. Cameras were powered up 18 minutes before impact and the craft began taking photos a minute later. In 17 minutes Ranger 7 transmitted 4,308 pictures to the control center.

The mission was a success. Scientists waiting for the photo transmission erupted in cheers. Those waiting for the news of a Ranger 7 success knew what it meant for the space program. Likewise, people around the world were thrilled by the photos of the lunar surface. Most people today take early space missions for granted, but for those alive prior to the photos being taken it was a big deal. Many wondered what the moon looked like and finally knowing was awe-inspiring to them.

After the successful mission of Ranger 7, two additional Ranger missions took place. Ranger 8 and Ranger 9 space flights were also successful and they also transmitted valuable photos to NASA. The data collected in the subsequent missions was also essential to the Apollo 11 mission.

Images taken helped the scientists at NASA decide where on the lunar surface the Apollo 11 lunar module would land. Apollo 11 carried Neil Armstrong and Edwin E. Buzz Aldridge, Jr. to the surface of the moon.  The successful Apollo 11 mission happened just five years after the transmission of photos from the Ranger 7 spacecraft.

The total cost of development for the Ranger series and their missions was $170 million. It is hard to believe that NASA developed and launched 9 spacecraft for $170 million when an average space shuttle mission cost $450 million, according to NASA. The space program came a long way in the 50 years between 1964, when the first spacecraft photographs of the moon were taken, and the close of the space program, in 2010.

3 Responses to "Moon: 50 Years Ago the First Spacecraft Photo Was Taken"