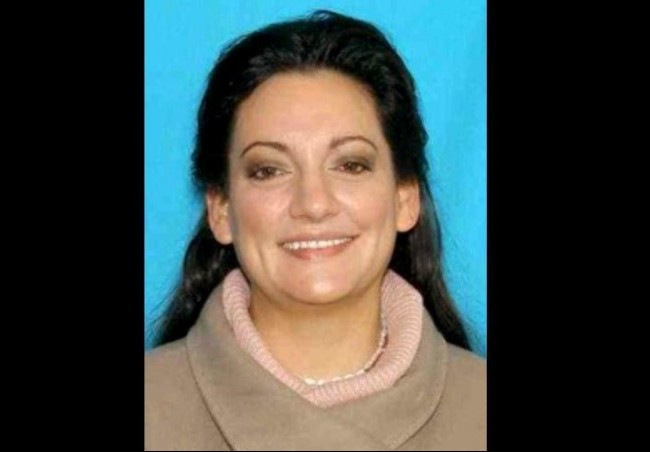 After a teen-aged girl was discovered with serious injuries in the same room in which her  2-year-old sister was found dead, authorities are searching for the mother of both girls,who is now a suspect in the toddler’s murder. The 13-year-old girl, Alana, and her younger sister, Isabella, were found at approximately 9:40 a.m. Friday in their third-story room at an Oregon coast resort by a housekeeper on Friday morning.

Initially, Jessica Smith, 40, had been sought by police in order to ensure her own safety after her daughters were discovered on Friday, but the search for Smith is now classified a manhunt in order to find a suspect in the aggravated murder of Isabella. Detectives in several states are pursuing leads, and aerial searches have been made in search of the mother, who was missing when the murder was discovered. Police believe that she is armed and dangerous.

The Goldendale, Wash., woman and her daughters arrived at Surfsand resort on Wednesday and checked in to their room, which after the incident showed no sign that a forced entry had been made. The police chief of Cannon Beach, Oregon, Jason Schermerhorn, said that the father of the children is cooperating with the investigation and is not considered a suspect. Jessica’s husband, Greg Smith, filed for divorce from Jessica Smith in June, after she and the children left Goldendale and moved to Vancouver in April.

Greg Smith’s lawyer, Nathan Petersen, said that Greg Smith had been seeking to share custody of the girls with Jessica Smith. When she failed to appear for a court hearing on June 23, a psychological test was ordered by the judge and Greg Smith was granted visitation with his daughters on Fridays beginning in August. Greg Smith claimed to have received strange messages from his estranged wife and asked for the mental evaluation to be performed. Police were unaware as of Sunday whether or not Jessica Smith was suffering from any psychological ailments. Court records indicate that she requested a restraining order against Greg Smith on July 17, but was denied.

The Smiths’ teen daughter suffered life-threatening cut injuries that required surgery, but she is currently in stable condition and is expected to fully recover. She has been in contact with her family, and investigators are planning on interviewing her.

Before being transported by air to a hospital in Portland, Oregon, Alana was able to provide police with basic information. Schermerhorn said that there is known cause for the 2-year-old’s death, nor is it known when the toddler was killed. Detectives are also unable to tell when Alana was attacked. Although an autopsy did find that Isabella’s death was a result of homicide, no obvious signs of injury or child abuse were found. According to Schermerhorn, it is not out of the ordinary to be unable to determine the manner of death in a young child, but he did not say why or how her death was ruled to be homicide. The results of a toxicology test on Isabella are pending. No information as to the type of weapon used or exact nature of Alana’s injuries has been released.

Authorities are asking for the public’s help to find the vehicle they believe Jessica Smith is driving – a gold 2007 Chevy Suburban with Washington plate number APX 3141. Cannon Beach police urge anyone who spots Jessica Smith or her car to call 911 or 503-436-2811.