Robin Williams May Have Helped Others With Depression 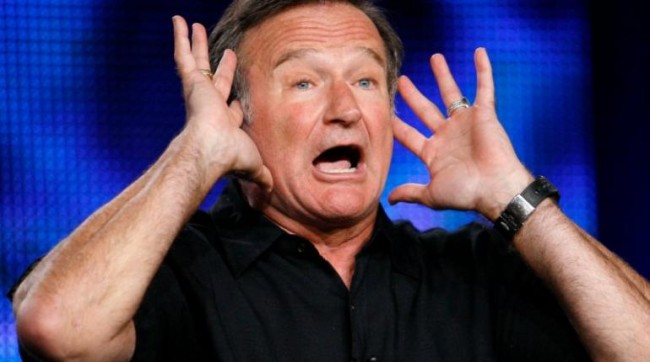 Robin Williams’ death may not have been in vain, and he may have helped others with depression. There is still a stigma surrounding this mental disorder, and leads to many people not getting the help that they need. This is especially the case for men, who often turn to alcohol and drugs to try deal with their problems.

It is surprising just how many people struggle with depression. The use of the word “depressed” in the English language has seemed to lessen the meaning of the word, but it is a dangerous and debilitating disorder. Many sufferers feel like they are alone and can hide the symptoms. Williams showed just how possible this was, with very few of his fans knowing that he was struggling with his inner demons while he made everyone else around him laugh.

Williams may have helped others with depression, but that will only happen if people stop labelling him as selfish for his actions. There are many, who will have never been through the disorder, claiming that he made a selfish decision to end his life. It is a common view of suicide because it leaves loved ones mourning the loss and trying to figure out why.

This labelling will stop others from coming forward. Many feel ashamed that they have attempted suicide in the past or even just thought about it. They do not want to be tarnished with the same brush. Some may even feel like being depressed is just a minor thing due to the stigma, and not get the help they need because they fear of the labels.

Anybody can suffer from depression, and the recent death of Williams shows this. This is more than just feeling sad for a couple of days. It can go on for years, even with treatment. It affects a person’s whole being and goes onto affect relationships. Things that were once enjoyable no longer bring the same joy. People struggle to sleep, leading to tiredness and then the mood drops further. This is a difficult and seemingly never-ending cycle.

Those who do suffer from it need to get the help to deal with the problems, whether it is medication to help boost the mood or therapy sessions to work through the issues. Hopefully, the death of Williams will help those who suffer from depression, because it brings to light just how damaging and destructive it can be when left untreated.