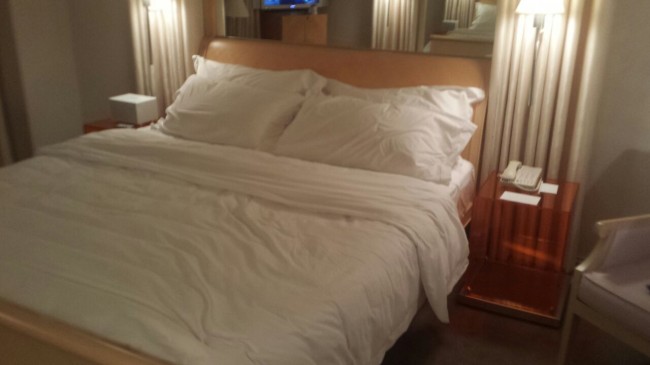 Sleep deprivation causes a lack of melatonin in the body, which can cause numerous dangerous side effects. Melatonin is a hormone and the most potent anti-oxidant free radical scavenger known to man. The hormone is produced primarily in the pineal gland after a period of darkness when a person is sleeping, but is also produced in other organs throughout the body in smaller amounts.

When a person does not get enough sleep the pineal gland does not produce the normal safe levels of the antioxidant, causing the immune system to be compromised. When the body is left unprotected a person is more likely to get sick, as the body is left with no effective tool to fight off a number of ailments.

Understanding the role of melatonin in the body is key to understanding how harmful sleep deprivation can really be. Reduced serum levels of melatonin in the human body have been linked to an endless list of ailments including, various cancers, periodontal disease, memory loss, dementia, Alzheimer’s, Parkinson’s, herpes, chlamydia, glaucoma, autism, hair loss, hearing loss, hypertension and many more. The reason for this that melatonin being an antioxidant rich free radical scavenger, seeks out and destroys any “sick” cells in the body.

When a cell goes through apoptosis it is, for lack of better words, killing itself and when a cell kills itself instead of being killed by something unnatural to the body, for example radiation, it goes through the proper process to die safely without releasing harmful toxins in the body. Additionally, when something foreign is introduced to the body to aid in this process, the outside agent does not have the ability to differentiate between bad cells and good cells, which is not the case with melatonin. Melatonin fights the sick cells while effectively protecting other cells from becoming sick.

If a person does not give their body time to complete the daily “download” the individual is left unprotected. However, when an individual does get enough sleep their entire body is protected from anything that threatens it. Melatonin works in every physiological system in the body. This is not to say that if someone sleeps enough they will never get sick, it just means for the best chance at overall protection it is essential to get the required amount of sleep.

There are some other factors that can affect melatonin production, such as light exposure. Exposure to light especially immediately before going to sleep can decrease melatonin production. This is a huge problem with the popularity of smartphones, tablets, and with people who sleep with a television on. Melatonin is only produced after a period of darkness and when that darkness is not present complications can occur.

Getting a good night’s sleep is possibly the best thing a person can do to prevent practically any illness. Extensive research shows sleep deprivation causes a lack of melatonin, which studies have shown can result in  a number of dangerous effects in animals and humans. Chronic sleep sufferers should see a doctor to discuss their situation and what can be done to improve their sleep cycle.