E-cigarettes May Go up in Smoke 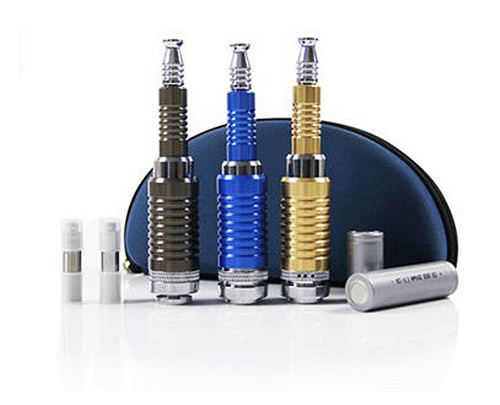 Maybe it is a good thing e-cigarettes haven’t always been around. A popular country song in America includes these lines:

“I’d smoked my mind the night before
With cigarettes and the songs I’d been pickin’
But I lit my first and watched a small kid
Playin’ with a can that he was kicking.”

The scene is lonely with a kind of dusky, smokey feeling to it. Johnny Cash’s hit song would not have had the same “feel” if he had been vaping. When we picture Johnny Cash — or any number of other great country singers — we see them with a glass of whiskey in one hand, a guitar in the other and a Marlboro hanging dangling like a comma from the corner of their mouth.

We just can’t imagine music legends with a plastic eCigarette.

Despite the fact that people who smoke traditional cigarettes do so for the nicotine, it’s the tar and chemicals that are potentially deadly. Since e-cigarettes are nicotine delivery devices, a person could be excused for thinking that e-smokes are a healthy alternative.

The World Health Organization (WHO) has issued a call to ban the devices in public areas. It is a move that is endorsed by a dozen public health groups calling for tighter control of, not just e-cigarettes, but all “vaping” products.

Not everyone is against the electronic alternatives to tobacco though. In May, 2014, over 50 researchers sent an open letter to the WHO encouraging the organization to “resist the urge to control and suppress” e-cigarettes. The letter went on to say that the devices are a significant health innovation and classifying them as tobacco will do more harm than good.

Although the research on the devices as a tool to stop smoking is mixed, there is strong support for e-cigs to be used in smoking cessation efforts. In an editorial published in the British Journal of General Practice, a research team from University London College found that smokers were 60 percent more likely to quit if they used e-cigarettes.

In a 2014 report, published in Otolaryngology, the official journal of American Academy of Otolaryngology, titled “Electronic Nicotine Delivery Systems: Review of Safety and Smoking Cessation Efficacy,” researchers concluded that the benefit with respect to helping people quit smoking is open to question.

On the other hand, a study by the American Association of Public Health Physicians suggests that individuals unable to quit with other pharmaceutical methods, such as “the patch,” should consider e-cigarettes as an alternative.

The jury is still out on the future of these alternatives to tobacco. Anyone thinking about turning to the high-tech form of “smoking” in an effort to stop tobacco use would be wise to consult with their family physician.

In the meantime, “Sunday Morning Comin’ Down” will never be the same if the singer “vapes.”

One Response to "E-cigarettes May Go up in Smoke"