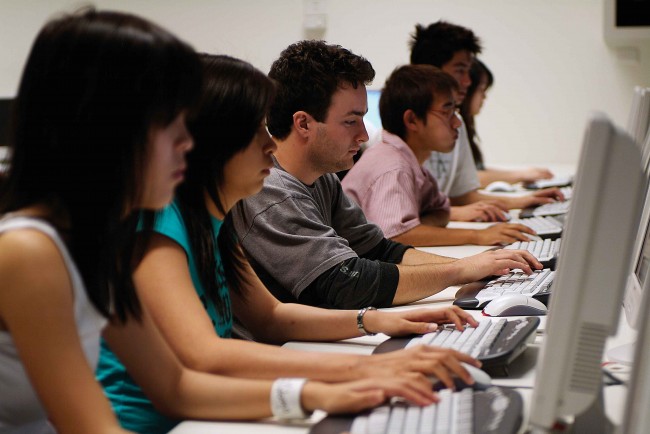 The world’s biggest social media network is rapidly losing popularity this week as thousands of people turn to competitor site Ello, after a policy scandal in which Facebook demanded its users sign up with their real names. The accounts of several drag queens were suspended earlier this month by the global social networking giant, which demanded that the accounts be registered under names that match the user’s driver licence and credit card instead of stage-names.

The controversy surrounding such a policy has led to Facebook coming under fire from the transgender community, which says that the company’s policy is allowing them to be subjected to cyber-bullying. Despite the protests from transgender activists, the policy is yet to be changed.

The resulting media fall-out from this has paved the way for Ello, a competing social networking site that up until recently had been small and relatively unknown. Since its release in March the site has been growing at a respectable pace but has not gone viral until earlier this week. Now, with social network users rapidly losing faith in Facebook after its real-name policy scandal, Ello is set to take center-stage as the world’s newest social networking trend.

Ello has since gained immense popularity this week. Paul Budnitz, the entrepreneur behind the site, has lived up to Ello’s firm privacy policy and declined to mention how many members it now has. But he did confirm that the invitation-only network was receiving over 30,000 requests an hour on Thursday morning, after several media outlets had begun to spread word of a rapidly growing social networking alternative.

Aside from the fact that it is new and exciting, Ello’s biggest attraction according to many potential new members is that it isn’t Facebook. While it still remains the world’s largest social network there are many that feel they are forced to use it simply for lack of another globally recognized platform. After enduring the network’s stream of advertisements, upgrades and now the most recent real-name scandal, the sudden uprising of a potential new alternative is a lure that many are finding hard to resist.

Ello also appeals to those who may be feeling frustrated or angry at the real name policy scandal. The network operates a zero tolerance hate policy which its global competitor has not yet been able to claim. The lack of advertisement is also appealing, although this has led several to comment that just like Ello, Facebook also began as a product first company. The constant stream of advertising to which the user is now exposed did not emerge until later and there is no way of predicting whether or not Ello will do the same.

Even as Facebook continues to lose the support of thousands of users thanks to the real-name policy controversy, Budnitz has expressed his desire to keep Ello ad-free. Now, as the network expands at a phenomenal rate, he and his team have long-term plans to generate income by allowing the user to purchase extra features for small amounts of money, such as a different coloured page background. In the meantime Ello remains non-profit, though the networks engineering expenses continue to rise as it rapidly gains popularity as a Facebook alternative.