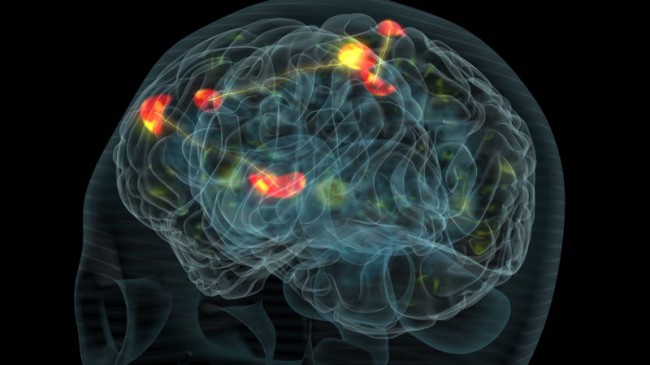 Scientists consistently push the boundary of the understanding of the world, and sometimes they reveal a discovery that can revolutionize people’s perception of some everyday occurrences. The most recent learning about brain cells in sleep is one such discovery. As reported in the Sep 22 issue of Time magazine, it turns out one of the most important reasons sufficient sleep is needed is for the garbage removal from these cells, when the sleep-mode brain turns on the cleaning cycle, much like a dishwasher.

All cells in the body use energy and spew out waste. For most organs, the wastes are either broken down in the local system by immune cells like macrophages, or transported to the network of vessels of the lymph system, the body’s drainage pipes.

However, the brain handles garbage in a very different way. There are fluid of the brain and spinal cord circulating among cells all the time to flush away the toxic free radicals and spent molecules. The efficiency of this process varies greatly between an alert brain and a sleeping brain, and the key player in this waste management process is one group of brain cells called glial cells.

Dr. Maiken Nedergaard at the University of Rochester said glial cells were ignored by scientists for decades because they cannot conduct electrical impulses and only provide supportive roles in the neural connections. But when asleep, glial cells sprint into action. They slow the brain’s electrical activity to about one third of its peak frequency.

From here, the brain enters the non-REM (rapid eye movement) stage, during which the neural firing becomes more synchronized. This lulls the nerves into next stage of REM, in which the firing is rare. The brain toggles between these two stages throughout the night at the interval of one and half hour.

When awake, neurons fire constantly to keep the brain alert, causing the brain cells to expand to 86 percent of the volume of the brain. During the cycles of non-REM and REM, the sleeping brain’s cells shrink, leaving more space for the brain and spinal cord’s fluid to move. The efficiency of cleaning increases by 15 percent when the brain is sleeping. Dr. Nedergaard described this cleaning process of brain cells just like what happens in the dishwasher. A sleep-deprived brain has reduced efficiency in garbage removal, which is typical of an aging brain, said Dr. Sigrid Veasey at University of Pennsylvania.

Both Dr. Nedergaard and Dr. Veasey conducted their research on mice whose brains are considered a good proxy for human’s in lab research. An inefficient waste removal process means toxins build up. It can cause neuron cells die off or/and an accumulation of amyloid protein, which is the hallmark of Alzheimer’s disease. With the understanding of the fluid flushing process enabled by glial cells, there is a possibility that scientists may be able to help an aging brain clean its waste better.

The human brain is arguably the most complicated matter known to men. Despite decades of intensive research, scientists still have way too many unknowns. While new discoveries of its intricacies bring awe to people, there are new evidences that its vulnerability has been overlooked. In the Sep 29 issue of Time magazine, traumatic brain injury (TBI) and unforeseen damages to the brain of young football players were discussed in the article about the tragic death of 17 year-old Chad Tipton.

There is a misbelief that TBI results only from the direct head trauma and loss of consciousness. Dr. Geoff Manley at the University of California, San Francisco, said that both immediate shot in the head and indirect blows causing the head to jerk around can injure the brain. In the case of Chad Tipton, he had no ill effects after a head-to-head collision earlier in the game, but collapsed soon after a seemingly routine tackle (his head hit the back of a player’s thigh). The exact reason caused the severe brain hemorrhage that later claimed his life would never be known.

While TBI is getting more awareness as more evidence is showing that it increases the risks for problems ranging from attention deficit disorder to dementia, brain damages in concussion-free college football players have been observed. One recent study found the volumes of hippocampus of a group of players were significantly less than normal, and one study from this April revealed noticeable changes in the white matter of the brains of another group of players.

People are waiting impatiently for the answers for important questions while scientists continue the quest to understand the brain. Whether humans can fully comprehend the brain may be a philosophical question, as well as a technical one. Based on the known answers, there is already so much can be done to possibly delay the aging of the brain cells and properly judge the risks to avoid its damage. While the brain cleans the valuable cells like a dishwasher, its robustness is nowhere close.