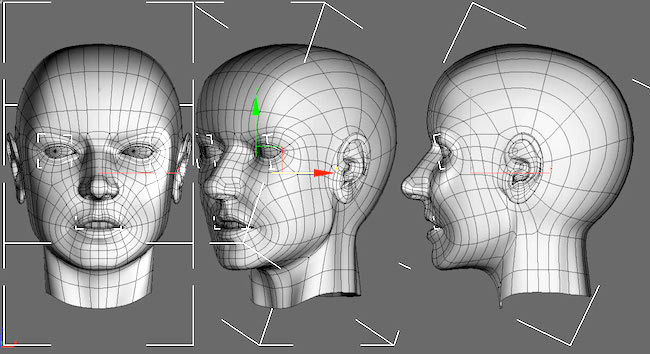 The Federal Bureau of Investigation (FBI), the domestic intelligence agency of the United States (U.S.), has made fully operational its Next Generation Identification (NGI) System, using facial recognition as its core. Available right now in 18,000 law enforcement groups across the U.S., the system can search 55,000 images a day. The FBI hopes to see 52 million faces categorized and accessible by the end of the system’s first year.

Now that “Increment 4” is complete and the system is live, one of the stated intents of NGI is to append the current sole source of positive identification, fingerprints, with a cluster of new biometric identifiers and also – ominously – assigning everyone a “Universal Control Number. (UCN)” According to a Feb. 6 memo from the agency to outside law enforcement, “After the first installment of Increment 4, criminal and civil subjects will be indexed by fingerprint-based identities and will be referenced by an FBI UCN.”

With its three year development window behind it and facial recognition now fully operational, NGI is now integrated with the FBI’s previous biometric human identification system, the Integrated Automated Fingerprint Identification System (AFIS). That scheme currently has over 100 million accessible biometric records, including eye scans and palm prints. AFIS data is now unified with NGI facial images and all of this is linked to names, ages, addresses, and other American personal information.

Although most facial data records in NGI do and will originate from criminal records, the database also includes faces from other sources. In fact, the FBI has publicly stated that, by the end this year, it expects the system to include about 4.3 million images from non-criminal sources.

An attorney with the Electronic Frontier Foundation, Jennifer Lynch, pointed out that there are no legal restrictions or written FBI policies that would keep the agency from using face data sources such as images on social networking sites, like Facebook. In addition to the issue of image sourcing, Lynch complains that Congress and the FBI have not enacted substantive restrictions as to how the data can be used and exactly who can access it. All that is known at this point is that 18,000 law enforcement agencies now have NGI access.

At first (and second) blush, the new system gives the impression of an “all-knowing, cold eye,” a clinical, super-efficient identification behemoth. Yet the FBI plays down such super-duper powers, saying NGI is not even intended to create positive matches. Remembering that anything a spy agency communicates is done with fingers crossed behind its back, the agency nevertheless says that, when presented with a random face, NGI will report back a list of 50 possible matches, sorted with its best guess first. It also says there would be an 85 percent chance that the suspect is one of the 50. If true, such less-than-perfect efficiency could lead to drawn-out court battles over false positive identifications which, as the database expands, will only increase.

One might think the $27 billion dollar budget of the U.S. Department of Justice would buy the best available. Yet the reported performance of NGI pales when compared with Facebook’s DeepFace system, which supposedly matches faces with 97 percent accuracy. Regardless of who owns DeepFace, FBI use of the system could be but one court order away.

Some or all of the untold officers, detectives, sheriffs and directors who will ultimately be granted access to the now fully operational facial recognition too of NGI could instruct the system to send status updates about any specific individuals they are interested in. Aside from the obvious privacy considerations, another concern of privacy advocates is mission creep. Jeramie Scott with the Electronic Privacy Information Center pointed out that it was two years ago that the FBI promised to generate a privacy assessment of the new system but “nothing has occurred.” James Comey, the director of the FBI, defended the new technology, saying simply that his agency only wants to “find bad guys by matching pictures to mugshots.”