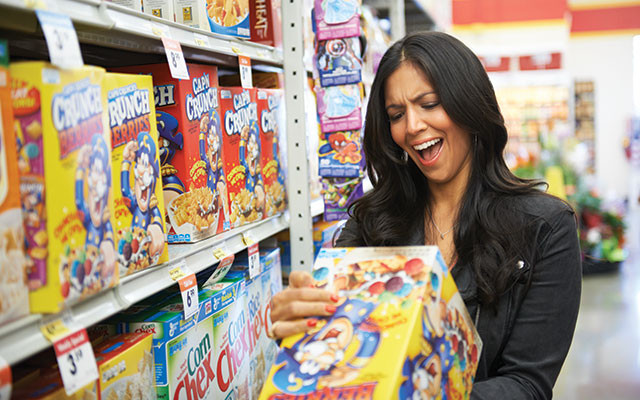 Vani Hari – aka Food Babe – caused quite a riot on Facebook this week when Experience Life Magazine put her on the cover of its October issue. When faced with heavy criticism from readers about the magazine’s cover selection, Experience Life Magazine stated on Facebook that the comments are coming from “an industry-coordinated response — one designed to appear as though it is coming from individual consumers, but that is motivated and subsidized by a behind-the-scenes special interest.” Following this statement, Experience Life provided a PDF link that leads to an anti-GMO group called the Center for Food Safety that “exposes the truth” behind some major food companies. This infuriated readers who retorted that the magazine is misrepresenting facts and needs to apologize to the public, and putting Food Babe on the cover of Experience Life Magazine is simply adding more fuel to the fire.

A flood of memes and parodies erupted from online spoofs – yet more credible versions – of Food Babe, which include Chow Babe, Food Hunk, and Science Babe. Among the memes is Kirk Lazarus, Robert Downey, Jr.’s method character in “Tropic Thunder,” who says, “You went full Food Babe. Never go full Food Babe.” One commentator remarked, “This is the kind of response I would expect from ‘The Weekly World News.’ You are manufacturing a conspiracy because your chosen ‘expert’ doesn’t understand her topic of professed expertise. You can make this right by admitting a mistake or you can further indulge in this conspiratorial fantasy.”

While this may seem like a senseless mob attack on both Food Babe and Experience Life Magazine, there are reasons why many people think the latter made a serious mistake of putting the grinning food guru on the cover. “Experience Life chose a cover picture that they thought would sell print. Unfortunately, they chose a rather polarizing hero to represent their mission,” said Charlie Scheidecker, who practices massage therapy in Flat Rock, Michigan. “A cursory research reveals that Vani Hari villainizes any substance that is shown by its chemical name. Is she aware that literally every substance around us is formed by chemical bonding? Most chemicals are not formed inside a laboratory.”

Food Babe is well-known for her “chemophobia” — if an ingredient has a long, hard-to-pronounce chemical name, then people should not eat it. This irrationality stirs unnecessary fears to most ingredients that are not harmful to the human body, such as esters that gives certain fruits a particular fragrance. Even a “natural” banana contains many such long or “suspicious-looking” chemical names that are common in foods most people eat, such as ethyl butanoate (a type of ester) and phytosterols, which are a type of plant steroid-like hormones.

“Food Babe on the cover of a health and lifestyle magazine brings up two issues,” said Molly Gregas, Ph.D., in an online interview with Guardian Liberty Voice. Gregas is a research communication specialist and a freelance science literature editor in Toronto, Ontario. “First, the pseudoscience and misinformation that Food Babe preaches that is not grounded in fact or scientific knowledge; her material takes advantage of many people’s lack of scientific knowledge and preys on their fears.

“Second – and most important – is the more broad-based problem of information literacy,” Gregas emphasized. “We live in a time that is rich in sheer volume of information, but much of that information is of poor quality. The ability to evaluate sources of information and validate them or discard them based on critical thinking ability is a crucial skill for all citizens and consumers in today’s society. The Food Babe actively undermines information literacy by encouraging people to react emotionally based on inflammatory rhetoric and by avoiding follow-up questions and fact-checking against easily available primary sources. People want to be able to make good decisions for themselves and for their families, but one can’t make good decisions with bad information. Food Babe is a source of bad information, and by placing her on their cover, Experience Life has run up against the risk of alienating their readers.”

The no-gimmicks, no-hype health and fitness magazine” is Experience Life’s tagline, and putting Food Babe on its cover and making a “shill” statement on social media contradicts its integrity. The magazine’s reputation is also reflected in its recent flood of negative ratings on Amazon.com since the Food Babe cover came out. With its rating plummeting like the sixth season of “Duck Dynasty,” other magazines should be careful about whom they put on the cover and in their stories. Considering that putting Food Babe on the cover had infuriated the public with harsh – yet sometimes valid – criticism, Experience Life Magazine should think twice before putting Dr. Oz or Jenny McCarthy on its cover in its January issue when tons of Americans make their annual vows to “lose weight.”