I Think, Therefore I Speak? 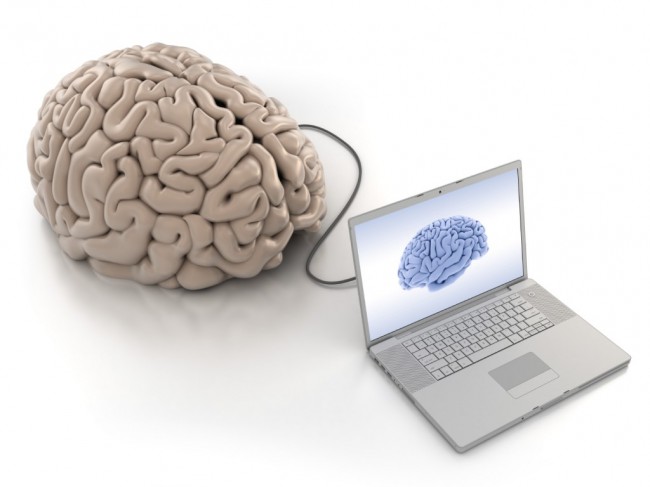 Animals are crafted by natural selection to fulfill various niches. The lion is molded to catch the gazelle and the gazelle, in a never ending arms race, is molded to outrun the lion. Human beings are also genetically wired for a specific behavior; language. And it should be unsurprising too. Preceding table manners and the ability to walk, nuggets of language kindle during the first two years of life. It is universal among human cultures, is necessary for everyday social interactions and melts abstract thought into concrete prose. Without language, the human species would be a very different kind of social animal. In fact, without language, one questions whether we would be conscious at all.

Philosophers and cognitive scientists have long considered whether consciousness is a necessary prerequisite for language or whether language is a necessary prerequisite for consciousness. No sane person denies that newborns and nonhuman animals are awake. Yet being awake is not the same as being a self-referential “I” with motives and intents. Even teenagers lack insight into the motivating forces behind their actions.

The late philosopher Ludwig Wittgenstein believed that language played a crucial role in determining how we view ourselves and the world. It is language, Wittgenstein argued, that makes us self-conscious persons rather than autopilot objects projecting into the void. Personal thoughts, sensations or ‘qualia’ feel like private objects that no one else has access to. Wittgenstein rightfully regarded such reasoning as nonsense, since if it were true, we would never be able to articulate our thoughts. Metaphysical problems pertaining to the mind are an illusion cast by a misuse of language.

The gist of Wittgenstein’s reasoning is illustrated by what has been dubbed the Private Language Argument. Imagine a group of people who each have a box and cannot peer into anyone else’s box. Everyone claims that there is a beetle inside their box. Now suppose everyone in the group is using the word beetle differently. Some people are using the term beetle to refer to what would normally be described as a grasshopper or a cricket. The term beetle would lose meaning in this context. (A beetle is just an example. The same reasoning holds true with respect to any word.) Wittgenstein thus concludes that we cannot refer to private objects, such as the contents of one’s thoughts, the experience of pain or the sensation of red, using public language.

The view that language is a necessary prerequisite for consciousness is an extreme position; nevertheless, it is not as extreme as its sister school of thought that ignored the contents of consciousness altogether—behaviorism. Founded by John B. Watson and popularized by B.F. Skinner in the 20th century, behaviorism treated consciousness as a black box that inputted and outputted data. For Watson, the contents inside the box were not worth worrying about since they could not be observed. All that mattered was the relationship between the stimulated input and the behavioral output. Accordingly, human behavior, including language, was conditioned rather than innate.

Many consider behaviorism to be left for dead by the cognitive revolution. A lethal blow was dealt to behaviorism by the hands of the MIT linguist Noam Chomsky, who argued language could not possibly be a response mechanism conditioned in such a short amount of time. Rather, babies are pre-packaged with a kind of internal software that allows them to quickly comprehend the rules of grammar.

Superseding behaviorism is cognitive science, which attempts to peer into the black box. Inside the box is a web of thoughts and language is the window that allows us to catch a glimpse of the cobwebs. Some people, usually of a religious or mystical bent, find the idea that someone else can step inside their box not just threatening but impossible. What makes consciousness special is that it is private. There are metaphysical barriers between minds so that I have access to my conscious experience that you can’t claim to have. Wittgenstein’s fly is in the ointment.

The idea that a metaphysical wall surrounds consciousness generates a host of classic philosophical problems. How does the intangible mind interact with the physical world (the mind/body problem)? How can anyone know anyone else is conscious (the problem of other minds)? Taken to its extremes, the same reasoning could justify solipsism (the view that only one’s mind definitively exists). According to Wittgenstein, these questions do not have answers. Rather, what is needed is a kind of linguistic therapy that evaporates classic philosophical problems and breaks down metaphysical barriers between minds. In the real world, the way we infer whether someone else is conscious in everyday conversation is quite literally through everyday conversation.

The late mathematician Alan Turing conjured a thought experiment known as the Turing Test to illustrate that language and thinking are intimately tied together. Turing has us imagine a man and woman who are indirectly communicating to a judge through a teletype. The protagonists are attempting to convince the judge that they are female by responding appropriately to a series of questions. The judge tries to infer the gender of the participants based upon on their responses. The man is victorious if he is capable of fooling the judge into believing that he is a woman. 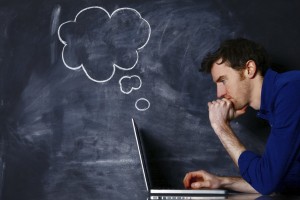 Turing then has us imagine that the woman is substituted with a computer. Now the man and computer are trying to convince the judge that they are human. The computer is victorious if it is capable of fooling the judge into believing that it is human. Turing concluded that any machine capable of passing a Turing Test would also be capable of thinking. It should be stressed that Turing was not trying to narrowly define thinking. The way a child thinks is very different from the way an adult thinks, and the way a computer thinks might be very different from the way a human thinks. Rather, Turing’s general point was that any entity capable of appropriately responding to a complex series of questions would also, by the same token, be capable of thinking in one form or another.

The Turing Test bestowed a backlash of objections and counter-thought experiments in the towers of academia, the most reputable of these being the Chinese Room Argument attributed to the philosopher John Searle. The Chinese Room has us imagine a monolingual English speaker locked inside a room. A group of Chinese speakers stands outside the room. Oblivious to any sort of language barriers, the group outside the room attempts to communicate to the individual inside the room by slipping a number of letters written in Chinese under the door. The symbols on the page represent nothing but scribbled jargon to the sequestered individual. Luckily for the bilingually inept gentleman, a set of English rules resides inside the room that tells him how to match one set of Chinese symbols with another set of Chinese symbols. By effectively executing the instructions, the man is able to output a coherent series of letters to those outside the room. Similar to the judge in the Turning Test, the people outside the room have been “fooled” into believing that the man inside the room understands Chinese. Regardless, Searle notes that the ability to output messages is not the same as comprehending the meaning of syntax. Mimicking intelligence isn’t the same as being intelligent. Thus, the Turing Test fails.

I must bashfully confess to never have quite fully understood why the Chinese Room is considered such a lethal blow to the Turning Test. Perhaps I am incapable of comprehending the depth of Searle’s thoughts but that does not mean I am incapable of thinking. Maybe the individual inside the room doesn’t fully understand Chinese but surely the individual is capable of thinking. In addition, the reason the man is able to fake understand Chinese is because he actually understands the English language! More importantly, what conclusions can be drawn from the Chinese Room other than the fact that it pumps an intuition that runs counter to the Turing Test? Why should the nature of thinking be intuitive? Rather than being based upon objective evidence that is relied upon in modern life, the Chinese Room is a special plea based upon gut intuitions. Our understanding of consciousness should come from the mind rather than the gut. In order to understand how the mind really works, we have to appeal to science.

Neuroscience depicts the human brain as an information processes machine: a churning sea of neurons that are continually inputting and outputting data. Human senses are constantly bombarded with information, most of which goes unnoticed. A piece of information gains awareness whenever it remains in the visual field long enough to travel from the back of the brain and to the frontal cortex. Scientists see a spike in brain activity followed by a low wave when a piece of information is recognized by the senses. These spikes in neural activity are known as event-related potentials (ERPs). These waves aren’t smooth and continuous. The focal point of awareness is always shifting. Thoughts give rise to other thoughts. A tree stirs the thought of apples, which stirs nostalgic memories of baked apple pie cooling on Grandma’s kitchen window. Language, so it is argued, is the needle that sews these mental pictures into a coherent narrative.

The term infant stems from the Latin word infans meaning “unable to speak.” If language is a necessary prerequisite for consciousness, then infants by definition lack consciousness. Yet scientific evidence suggests otherwise. A study conducted by the French national research team monitored the brain activity of 80 babies by attaching movement-sensitive caps to their heads, according to a report in Scientific American. The babies were shown a picture of a face for a fraction of a second. The researchers found that ERPs were present in babies five months old; although, brain waves were slower in five month old babies in comparison to older babies. When working memory is present, it is not too much of a stretch to infer the presence of consciousness as well. The researchers speculate that ERPs may be present in babies as young as two months old.

So, is language a necessary prerequisite for consciousness or is consciousness a necessary prerequisite for language? Rather than one preceding the other, consciousness and language likely co-evolved in a kind of recursive feedback loop. If you can think complex thoughts, then that puts pressure on you to share those thoughts; and if people are quite literally feeding you a mouth full of language, then that puts even more pressure on you to articulate those thoughts. For example, the words on this page are shaping your thoughts and those thoughts have the potential to wind up as a sneer or edifying remark in the comments section below.

The philosopher Rene Descartes famously abolished skepticism by proclaiming, “I think, therefore I am.” It turns out language has more to do with shaping the “I” in Descartes’s remark than one might suspect. Although language is not necessary for consciousness, it did play a role in rapidly ballooning human consciousness. To extend on Descartes’s remark, perhaps a better declaration of existence would be, “I think, therefore I speak.”