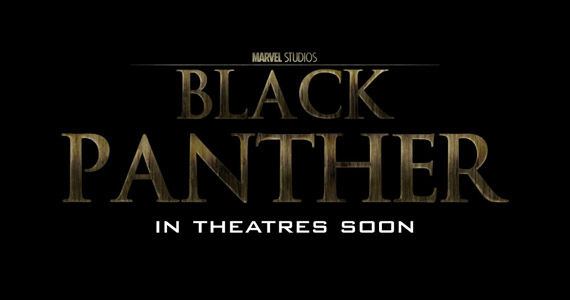 Following the success of the super-hero franchise in cinema, one of Marvel’s first black heroes, The Black Panther is set to make the next move to the theater screen. The comic book movie genre in film is one of the fastest grossing and critically acclaimed in the past decade and it was only a matter of time before some of Marvel continued to cash-in on the craze and give some of its oldest heroes their stand-alone productions. According to founder Stan Lee, Ant-Man, Dr. Strange and The Black Panther have already gone into development. There was not much more that the 91 year-old founder could discuss, but the confirmation of which of Marvel’s heroes would appear in phase three were enough to send the fan boys and girls into a frenzy.

There has been speculation for years about an upcoming Black Panther movie. From rumors of an apparent script being shopped to actors wanting to take on the role, nothing solid has been confirmed by Marvel’s camp until now. With the ever-growing demand of more comic book favorites being brought to the big screen, it is time that a little diversity was brought into the Marvel cinematic universe.

Although not as popularized in media and popular culture as X-Men, The Avengers or Captain America, The Black Panther has been part of Marvel’s history since the mid 60’s. Introduced by Stan Lee and Jack Kirby as a villain in the early years of the Fantastic Four, the character was a metaphorical comic book representation of the times of racial distress and the civil rights movement. More than just a simple character in a mask, The Black Panther was African prince T’Challa of the fictional nation of Wakanda and a scientific genius. Since his introduction into the Marvel universe, The Black Panther has been a part of the Marvel’s largest cross-issue events, key member in The Avengers‘ roster, had an ongoing series with positive reviews, been married to Marvel’s first black female hero Storm and a short-term member of the Fantastic Four.

With all the news surrounding the future project, the only speculations that remain are when the movie will hit theaters, who will direct it and who will take on the iconic role of T’Challa. Just like the comic book world, Hollywood is running scarce on high profile actors of color to take on the mantle of The Black Panther. Proclaimed actor Denzel Washington has already expressed interest in bringing the character to life for the masses. Washington would be a good fit as far as the action and notoriety, but is a little older for a younger to appeal to a younger generation of comic book readers and fans of the Marvel universe. Another selection for the lead role would be Idris Elba or Djimon Hounsou. Hounsou is most familiar and ideal for the role, considering his talent and voice of the character for the animated comic shorts.

Although nothing is completely confirmed or announced as far as production goes for Marvel’s Black Panther movie, the possibility of seeing T’Challa on the big screen is becoming more of a possibility. Whether a rumored cameo appearance in the upcoming Avengers: Age of Ultron movie or a stand-a-lone flick as part of Marvel’s phase three projects, the king of fictional Wakanda will have his day to shine and become more than a 2D image on some of the industry’s successful books.