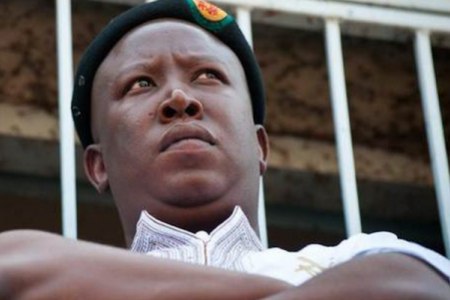 Jaco Oelofse, a Marxist student at the University of Pretoria (TUKS), openly supports Julius Malema in his land grab policy. Oelofse, a member of the Economic Freedom Fighters (EFF) political party, is the secretary of the student command team of TUKS. The young 23-year-old student taking political science and philosophy said there was no other alternative to the South African land problem but nationalization.

According to Oelofse, the land was violently stolen in the past, and must be returned to its rightful owners without compensation. The TUKS student mentioned that white people should have a share of the land, but focus on getting the white population to share the land is a priority.

Malema has always stated that all the land in South Africa should be transferred back to the state and emphasized that no compensation would be paid. The state, Malema said, would administer the land sustainable development purposes.

Oelofse joined the EFF party based on the choice of better governance that would ensure a more empowered population. The radical theory of the EFF party that illustrated an awareness of the poor and voiceless people of South Africa is the reason Oelofse connected with the political party.

Oelofse believes the EFF party’s policy on gender and sexuality is the most progressive. Oelofse admitted to being gay and stated that equal treatment for all citizens of the country is another reason for committing to the EFF. On campus, Oelofse has been subject of scorn and snide remarks referring to him as a traitor. Oelofse ignored the comments and focused on the trigger of radical politics the university received from Malema and the EFF party.

South Africa needs Malema, according to Oelofse, who praised the EFF leader. Oelofse was not short on compliments, saying that Malema was proficient in politics, an excellent speaker, understood by the people, and spoke the truth. Oelofse believes that Malema is the right leader for South Africa, and that the radical political agenda of EFF is fair.

The land reform policies of South Africa have not progressed significantly over the past twenty years. The African National Congress (ANC) governing party have committed to moving the distribution of land aggressively over the next few years. A survey conducted in 2013 revealed that the government only owned fourteen percent of the land, and whites and foreigners owned almost seventy-nine percent.

Malema the champion of the poor boasts of land redistribution with radical policies that have failed in countries such as Zimbabwe and Cambodia. The agriculture disasters of land grabs have brought once flourishing productive land to barren conditions.