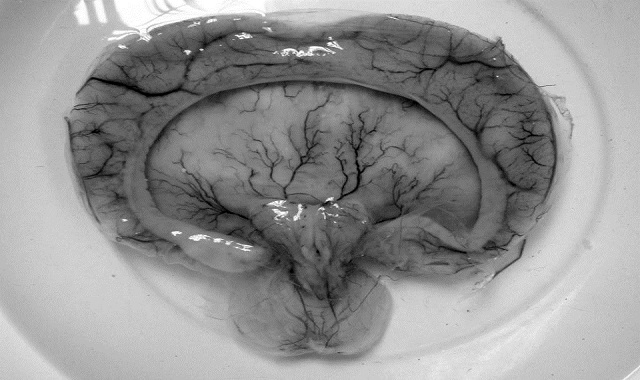 A miracle child born in Louisiana who suffered from a rare condition in which he was born without a brain has died 12 years later. Trevor Judge Waltrip was originally given a year at best for survival but has defied the odds by living an additional 11 years. Trevor was born with a rare condition called hydranencephaly and just a brain stem.

The outlook for children born with this uncommon disease is generally poor; with many dying before age one. However, as was seen with Trevor, there are rare cases where children with this disorder may survive for several years or more. Hydranencephaly is a condition in which the brain’s cerebral hemispheres are non-existent and have been replaced by sacs filled with cerebrospinal fluid.

The children often appear normal at birth without any apparent signs of the illness. Therefore, diagnosis may be delayed for several months because early behavior appears to be relatively normal. Some children born with the disease show no initial signs, their head side and spontaneous reflexes such as crying, swallowing, sucking and moving arms and legs may seem normal for weeks. However, other infants may have additional abnormalities at birth including seizures, spasm of a muscle or group of muscles, and respiratory problems.

Although Trevor was blind and could not verbally communicate he was born with a brain stem which allowed him to maintain a heartbeat, breathe and respond to some stimulus. Doctors were not sure the boy would survive for 12 weeks but Trevor managed to live for 12 years with the help of a feeding tube and the use of therapists for his joints and muscles. There is no definitive cure and treatment is symptomatic and supportive. The child’s physician Larry Daniels considered Trevor unique after living for 17 months stating many babies with this condition do not even make it to birth.

Trevor was born on Christmas Eve in 2001. By 2003 Elizabeth Waltrip, his mother, reported he was very alert and hated to be alone. He could sense when no one was around and would fuss. In 2005 Elizabeth said he was still doing well, had 15 teeth and was gaining weight. She was aware of the odds and said she took things one day at a time and said:

He is here for a reason and I thank God everyday for it.

Elizabeth said she was happy to find a support group for parents with babies like her son. This was a place for her to connect with people who had been through, or currently dealing with, her situation. She found others who could not only sympathize with her, but could keep her from feeling alone and share information about research, strategies and medical treatments. 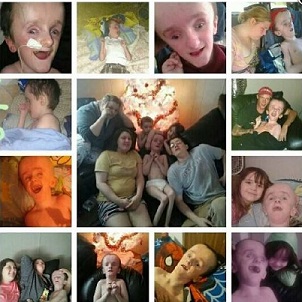 Elizabeth said she felt so much better knowing Trevor was not the only child with the illness.

Trevor Judge Waltrip was a miracle child who navigated life 12 years with a rare condition called hydranencephaly. He was born with only a brain stem not expecting to survive 12 weeks; however this little boy survived the odds he was given for many years. Trevor died peacefully in his sleep Monday, August 25, 2014.